Late 2017 saw Foundation Developments Limited (FDL) take charge of an excavated site to deliver the basement B2 and B1 rafts, along with the ground-floor slabs using modified water-resistant concrete. But even before the team got that far, there were challenges to overcome:

The junction of Paddington Basin is a main artery for notorious London traffic. Securing a steady supply of concrete for these enormous pours was a risky proposition inside normal working hours, Monday to Friday.

With works of this size, the possibility of cold joints at key locations was an unwelcome prospect. FDL sat down with Westminster Council to discuss the possibility of delivering on Saturdays instead, when traffic was merely difficult rather than impossible to navigate. Of the five tenders, only FDL took this approach to securing supply and it turned out to be not only viable but also a winning idea. Over 180 lorry loads every Saturday were staggered via holding areas, keeping things moving without bringing North London to a standstill.

With so much concrete coming through the gates, it’s no wonder that significant temporary works were required, to the tune of around 600 tonnes. These were phased, comprising bespoke structural steelwork, proprietary propping by Mabey and 610 × 305 × 238mm UB walers.

Constructing the central raft slab level by level allowed the team to remove the temporary supports as they went. The central slab itself provided the thrust that resisted the propping forces from raking props, supporting the perimeter sheet pile wall.

For temporary works of this magnitude, FDL relied on its network of trusted suppliers. PGCS Partnership designed the works, with the upper level walers supplied and installed by specialists from Sheet Pile (UK).

Alongside simply getting the concrete on-site, the second challenge lay in the sheer enormity of the pours. More than 9,000m3 of concrete was scheduled to flow across roughly half a dozen ten-hour working days – daunting for any project, let alone one in this busy spot.

The raft slab was split into 11 areas, poured monolithically to an impressive depth. Within core areas, this ranged from 2.5m to 2.8m deep; even outside these areas it reached 1.5m.

With temperature under control, the team took extra steps to anticipate any potential problems. Back-up pumps, batteries, fitters and even suppliers made sure that works could continue in the most adverse circumstances. Three pumps worked simultaneously, each pouring 50m3 per hour for the entire day.

Managing perched water made waterproofing another key priority. The original tender proposed a standard injection method but despite the segmented pour, it became clear that another solution was required… and fast.

FDL already enjoyed a 15-year working relationship with PUDLO, part of DB Group, and the company was approached to develop a new method, coming on board three months before the project began to revise designs.

The firm’s engineers advised on an aspect ratio that would suit these big pours. Across the entire basement, this totalled over 5700m3 of specialist concrete.
The top 300mm of each basement slab was cast in PUDLO CWP, with the rest of the slab transitioning into standard concrete. Meanwhile, PUDLO Self-Seal was applied over the ground-floor slab. These measures secured the integrity of the waterproofing.

Coupled with over 4,700m2 of bentonite PUDLO BW waterproof membrane, this satisfied LABC’s request for a dual-system waterproofing solution. But this relationship added more to the project than simple compliance. Waterproofing experts attended the site to monitor more than 190 individual pours, providing practical advice and consultancy along with a 20-year warranty.

FDL’s collaborative approach to the basement of West End Gate was so successful that it was subsequently awarded the contract for its 30-storey residential tower and three 11-storey mansion blocks.

Few would now guess the level of expertise, precision and foresight that went into crafting just the very lowest levels of this palatial structure. 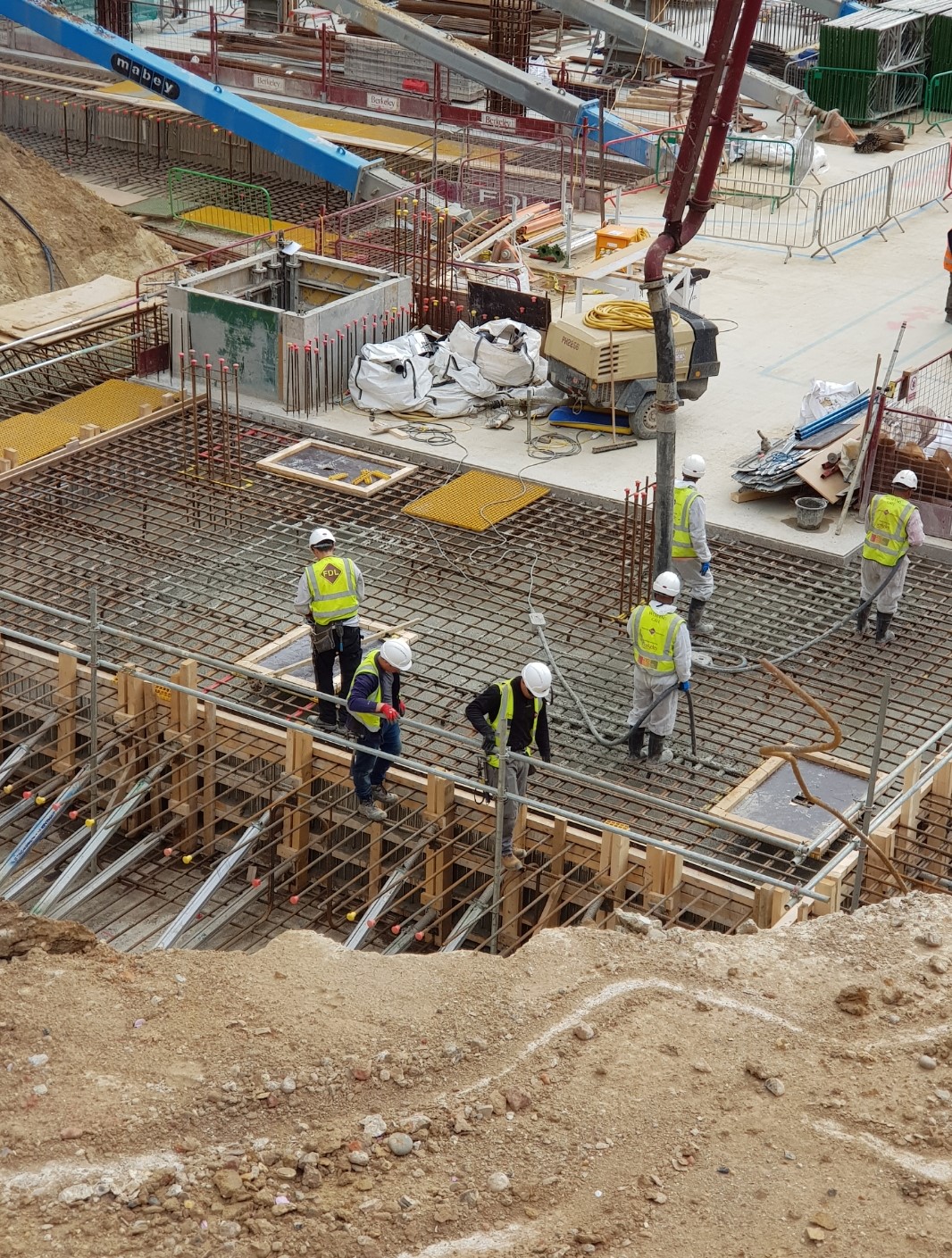 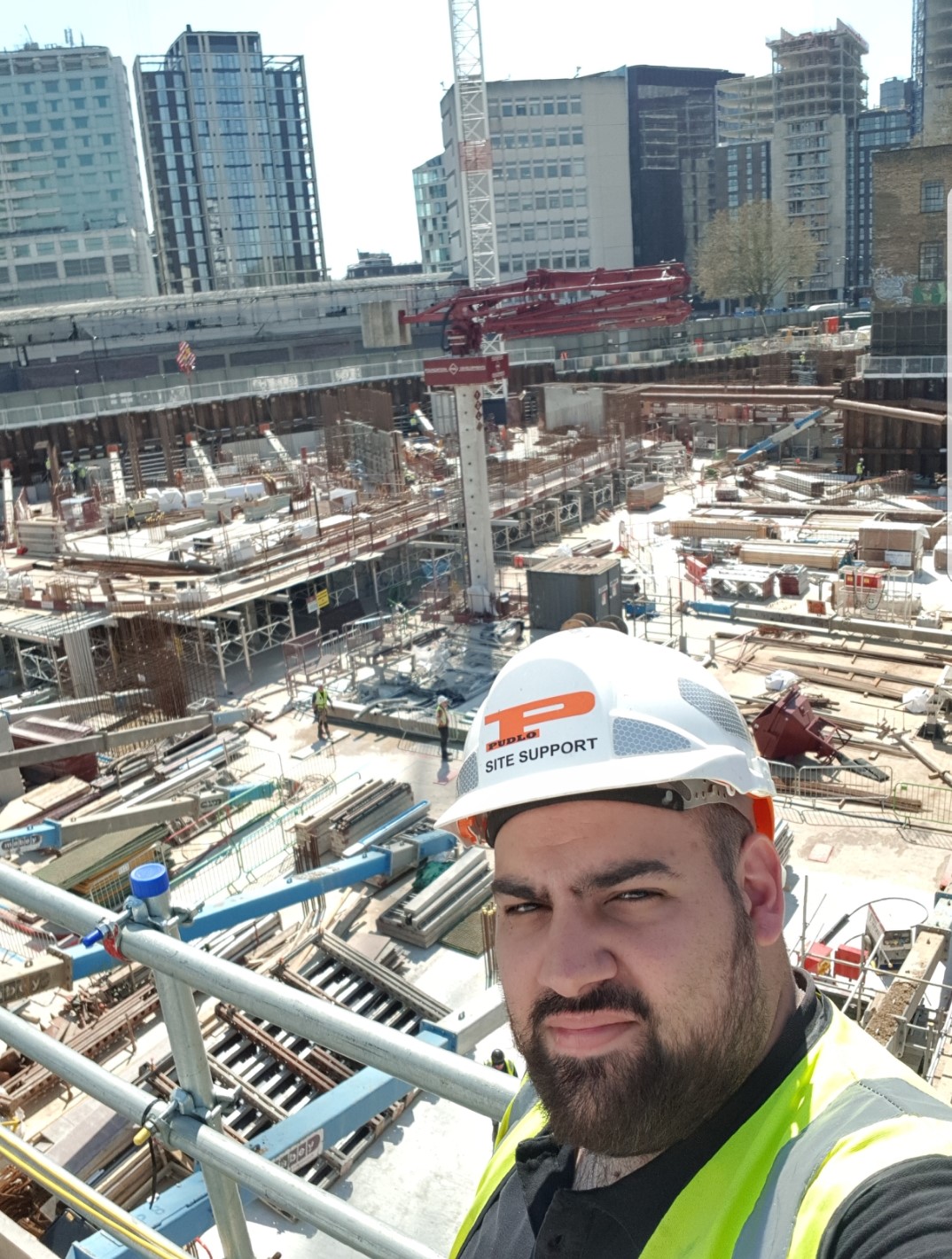 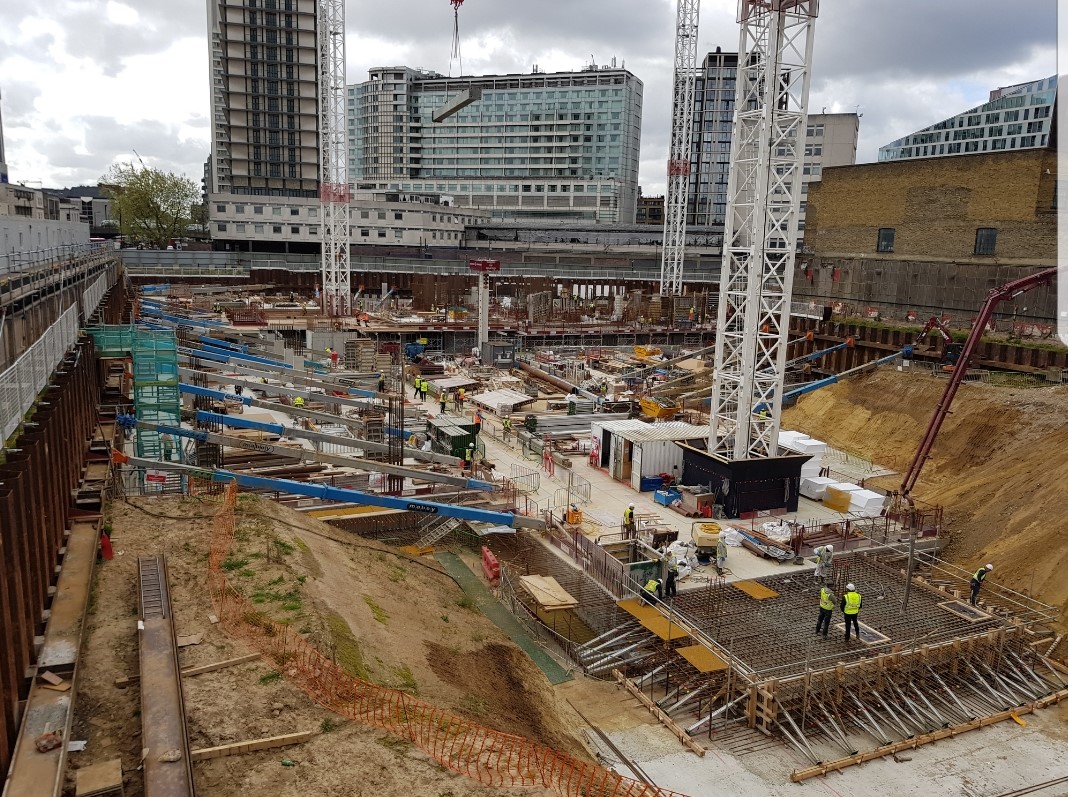 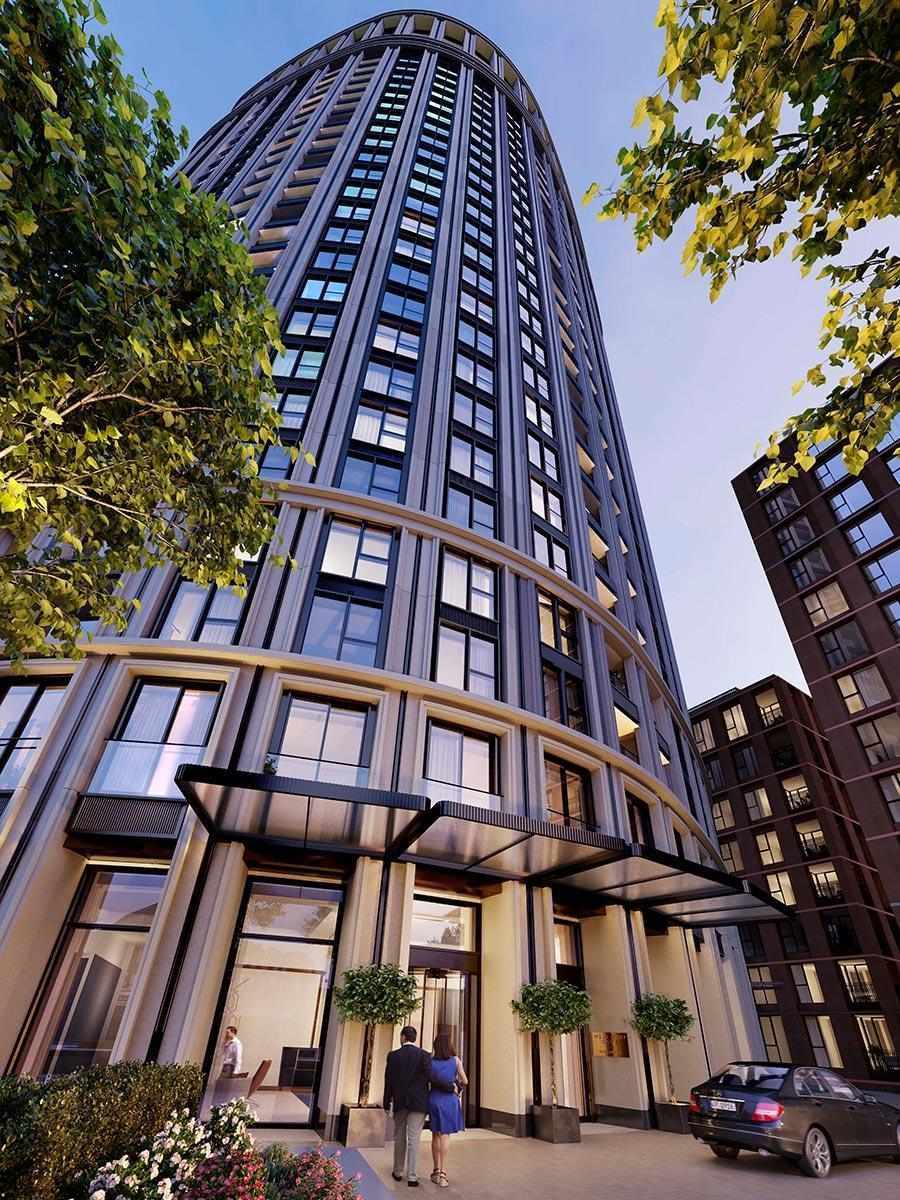 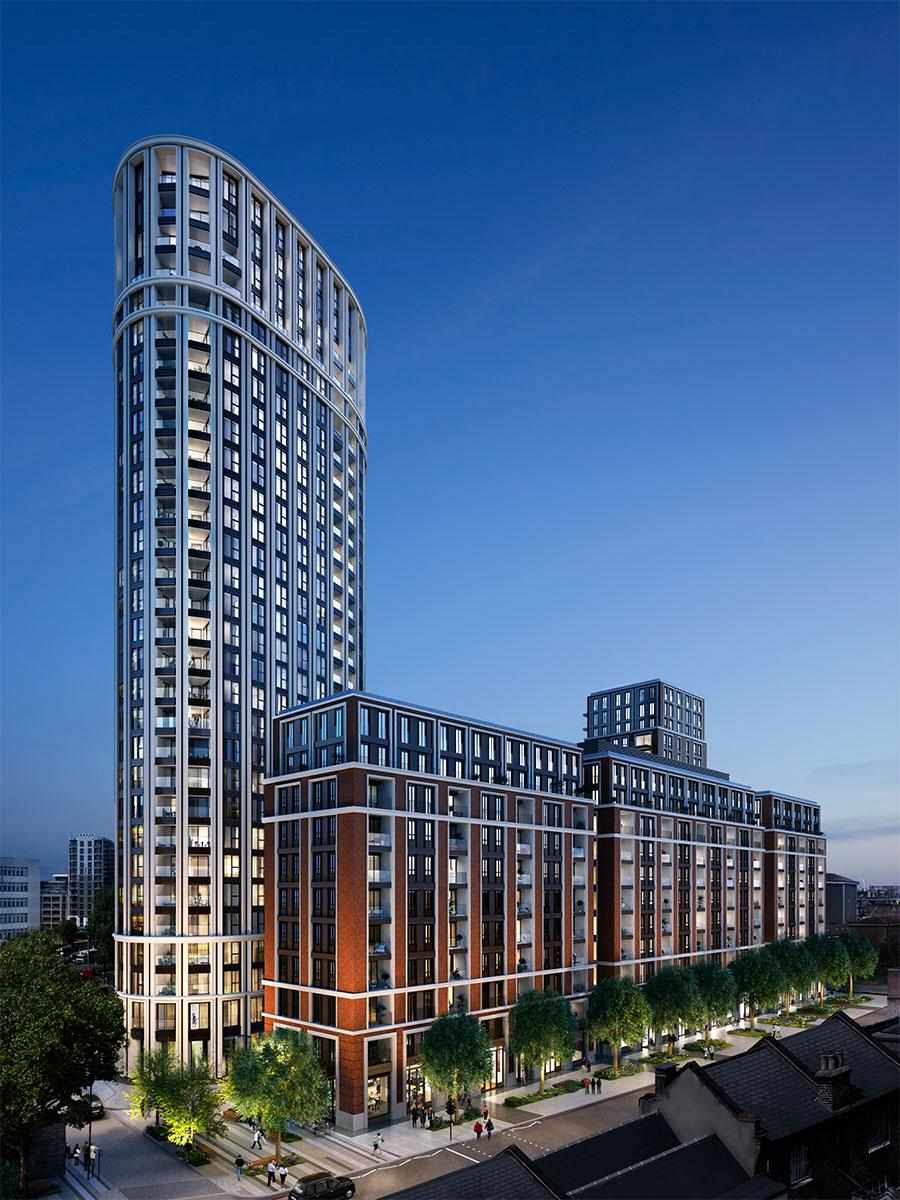