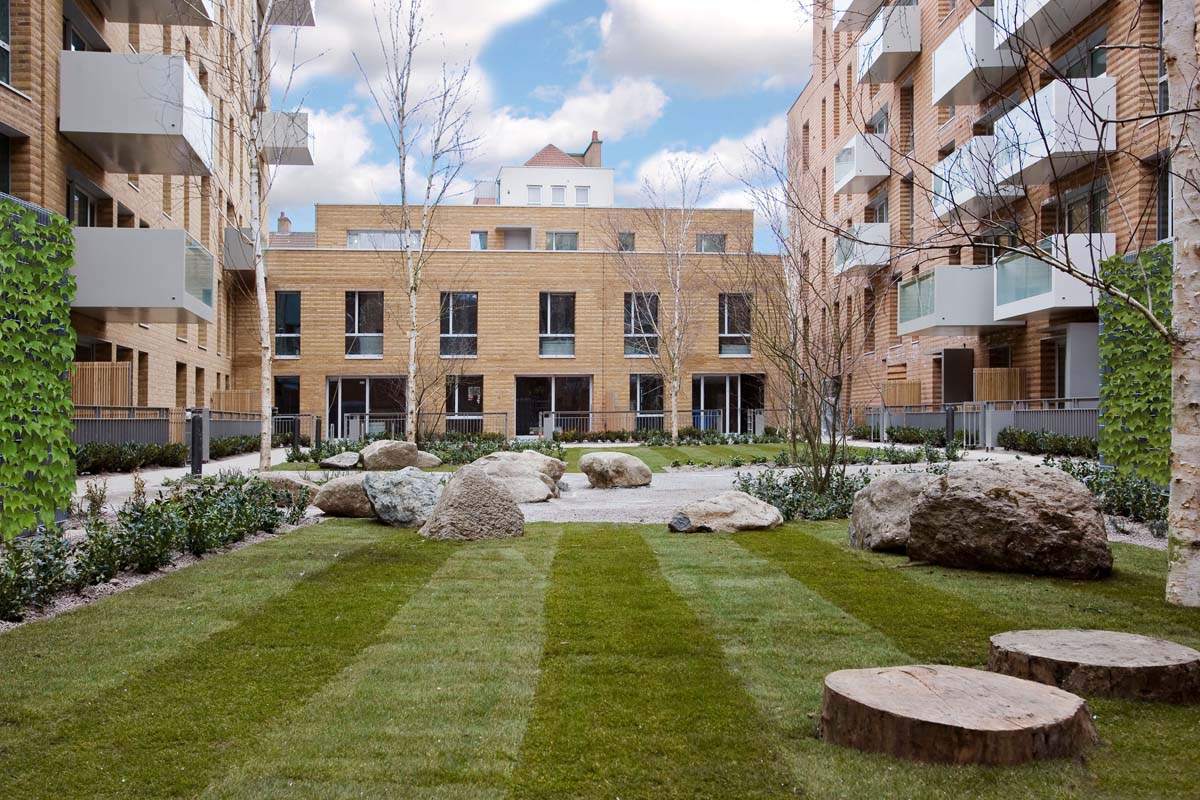 The name of this development is taken from the Victorian St. Andrew’s Hospital which once stood on the site. It closed its doors in 2006 and the buildings deteriorated into a state of disrepair before all three hectares of land were sold to Barratt Homes for a new residential scheme. Today, St. Andrew’s consists of a series of mid-rise blocks and townhouses providing 964 homes in Bromley-by-Bow, 50% of which are affordable housing. As well as these new homes there is also a health centre, local shops and open park space, which takes up around a third of the total site, giving local residents somewhere safe and clean to relax in their leisure time.

One of the interesting facts to note about St. Andrew’s is that the whole scheme was designed by several award-winning architects, each one in charge of a different phase. On paper this seems like it could materialise as a disjointed hotchpotch of styles and ideas but in reality it works well as part of the ‘New London Vernacular’ trend, seeing a new style of architecture for contemporary developments that mimics the much-loved Georgian terraced houses of London’s yesteryear.

Features such as plain brick facades, heavily inset windows and roof parapets appear regularly on these new buildings, making them aesthetically pleasing whilst retaining a timeless design. Subtly incorporated into the configuration of the site are stirring reminders of the ground’s history such as Phase 2’s large steel apartment balconies which are accentuated by a pattern derived from cast iron decorations from the original Victorian hospital.

Sustainability played a key part in the plans and, as part of this, St. Andrew’s runs on a district heating system using Combined Heat and Power. Bolstering its green credentials, the development also has a biomass-fuelled community heating system and convenient recycling facilities whilst being serviced by excellent transport connections. The design and implementation of the St. Andrew’s plan has been widely applauded and has earned it a number of accolades since its completion, including three National Housing Design Awards and a Civic Trust Award. The judges of the Civic Trust Awards commented, “The design approach of this urban development, on the site of the former St Andrew’s Hospital, has produced a simple structure of streets with a legible hierarchy and clearly defined public and private spaces. With courtyards for residents and communal gardens, it is reminiscent of a traditional London square. A variety of unit sizes incorporates an interesting mix of typologies with generous common entrances that bring people and activity to the streets.”

PUDLO within the Podium Slab

PUDLO was used within the podium slab to form part of the landscaped gardens and public walkways with a residents’ car park below. This project took place during one of the coldest and wettest winters on record, meaning the curing of the PUDLO modified concrete was critical. PUDLO worked with the sub-contractor, UKD, to meet the necessary requirements for the slab to remain at an ambient temperature. This was achieved by tenting the area below the slab with polythene sheets and installing heaters in this area which ran for 24 hours a day whilst the construction was taking place. This curing programme resulted in no delays on the completion of the podium slab. 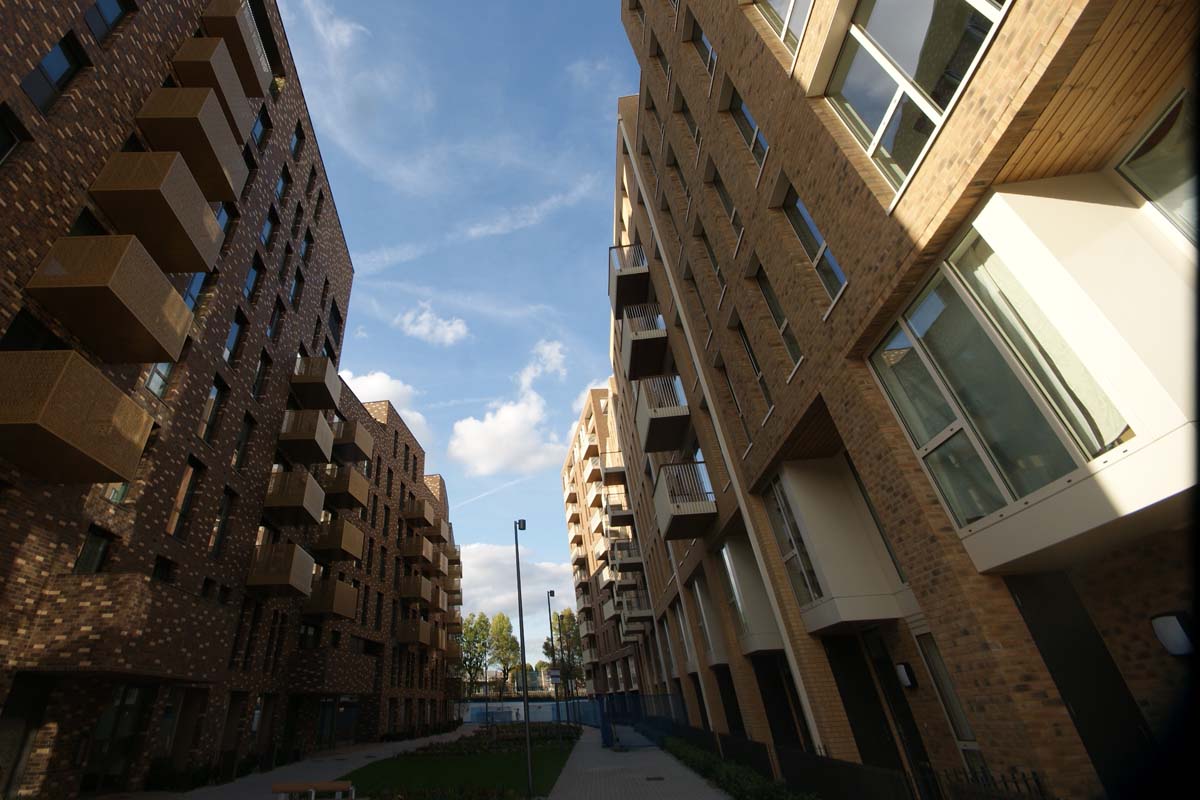