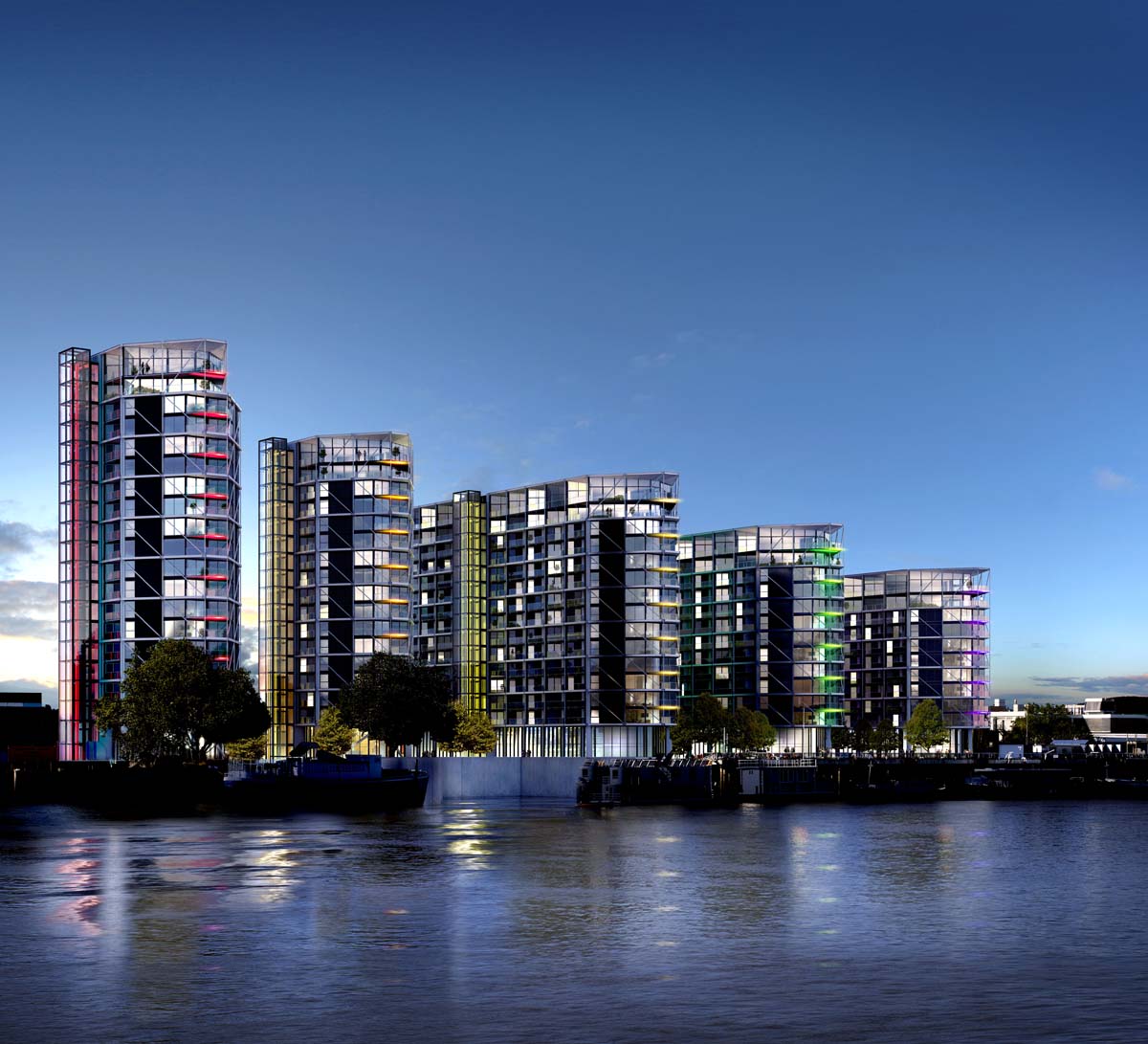 Riverlight is part of the Nine Elms development – the UK’s largest regeneration project set on 481 acres of land in one of the world’s most vibrant capital cities. When the construction work for this St James scheme is complete this area will create a whole new district of London with its own ‘town centre’ consisting of major residential developments, such as Riverlight, and new cultural, commercial, retail, health, education and community facilities.

Sitting on a former five-acre derelict industrial estate close to Battersea Power Station on the south bank of the River Thames, Riverlight is a mixed-use development made up of over 800 residential apartments spread over six tall buildings. These towers vary in height, giving an interesting feel to the famous London skyline they are adding to. Also featuring underground parking, a crèche, restaurants, bars, a food store and other retail spaces, Riverlight offers its residents a wealth of local amenities on their doorsteps.

This project has been designed to make the most of its location and features a riverside walk along the Thames and landscaped, attractive open spaces, including parks and playgrounds, which make up around 60% of the scheme’s footprint.

“The design standard on this inaugural site in the regeneration of Nine Elms is absolutely spot on, with vast amounts of public space for everyone in the capital to enjoy, sitting happily alongside well-designed, good quality housing” – Boris Johnson, Mayor of London.

The towers are easily identifiable amongst the new soaring structures that have been steadily emerging along the Thames in recent times. Designed by world-renowned architects Rogers Stirk Harbour + Partners, Riverlight is an eye-catching development thanks to the assortment of intense colours emblazoned on the blocks to distinguish each one from the next.

Water played a key role in the design of the scheme, with the riverfront both visible and accessible between each block. Water features are dotted around the open spaces, creating dramatic boundaries for these areas and a 17 metre-wide raised boulevard has been installed along the riverside to take full advantage of the views of the Thames.

The developers wanted to focus on the positive effects of this iconic South Bank location which meant having to take the close proximity of the river into account and eradicating any potentially negative implications of this waterside setting. With this in mind, PUDLO waterproof concrete was chosen to ensure that these new towers remain free from any water ingress. The basement contains a car park spanning two levels as well as a swimming pool and spa, all of which were built using PUDLO waterproof concrete, safeguarding them for the future. 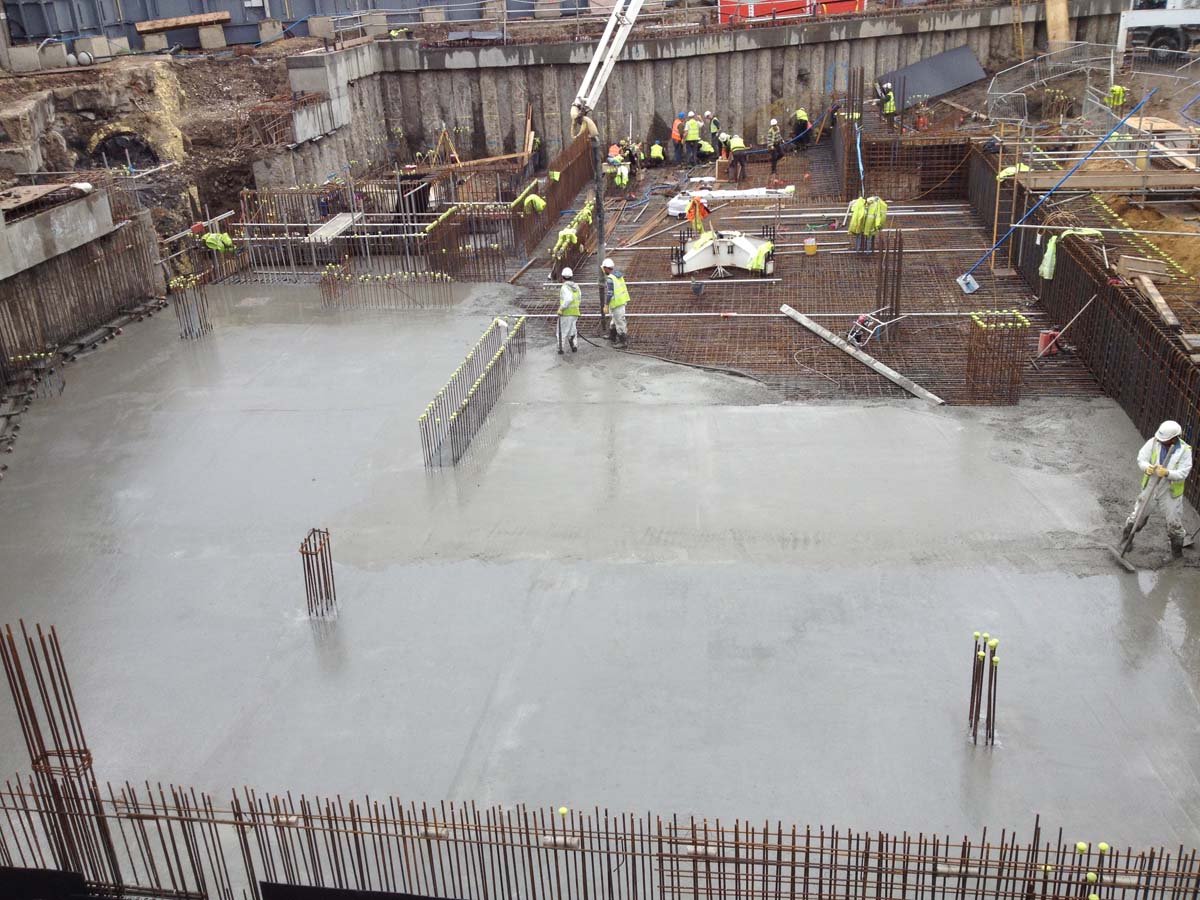 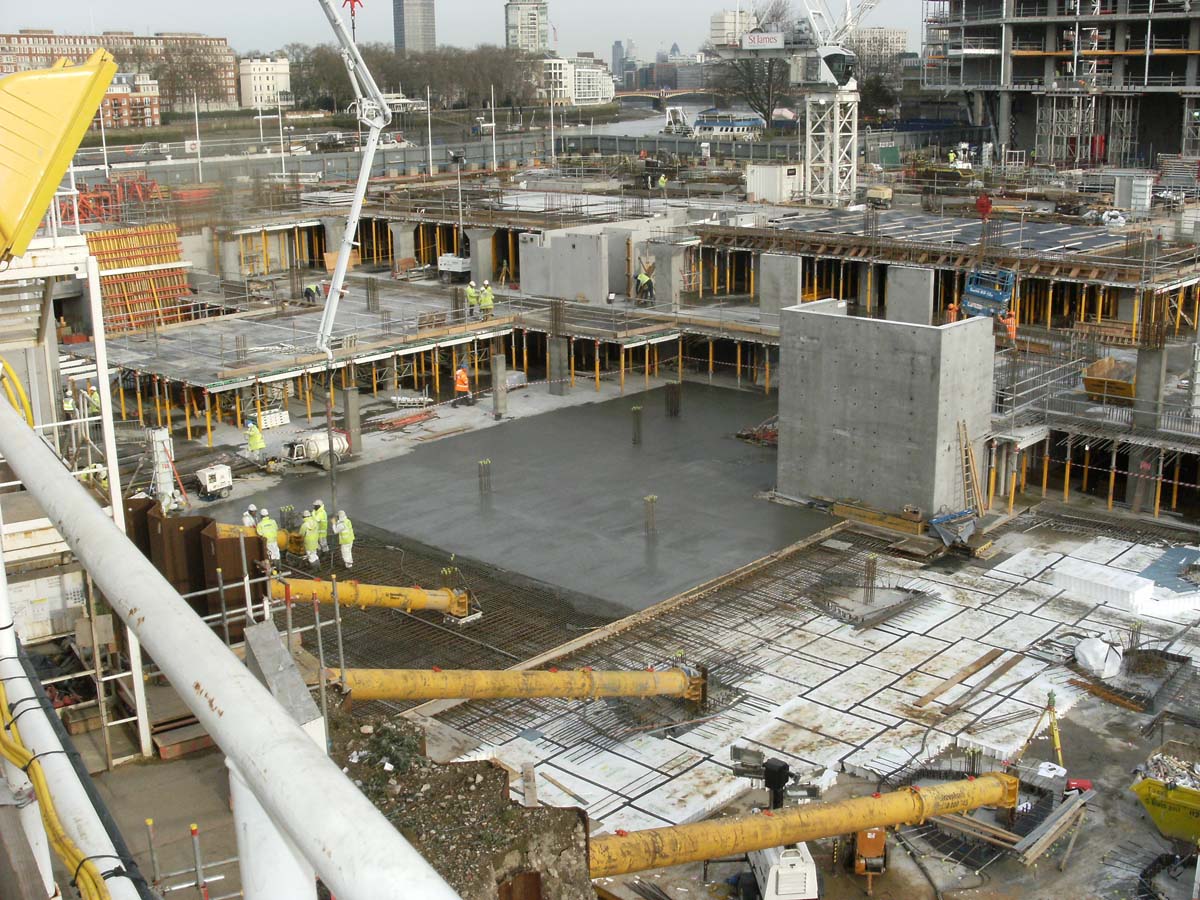 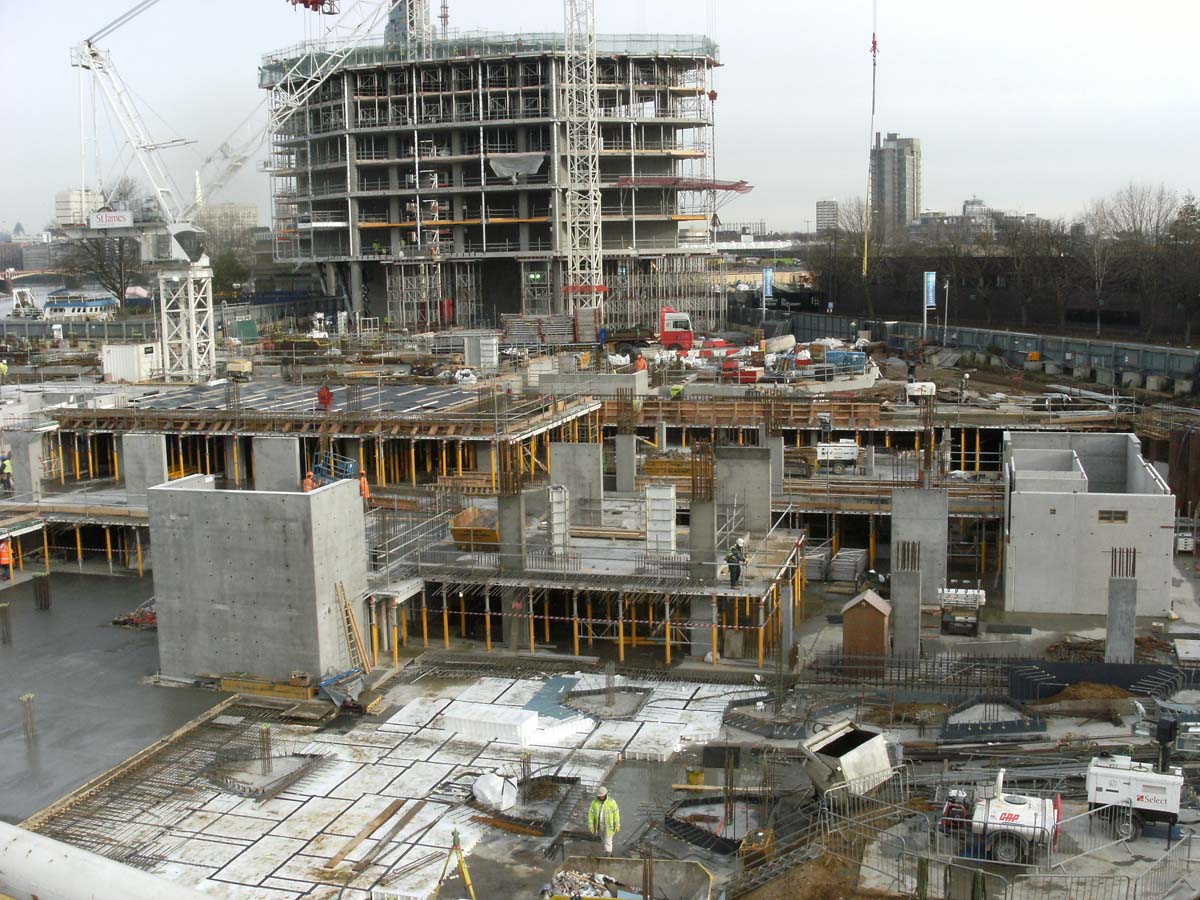