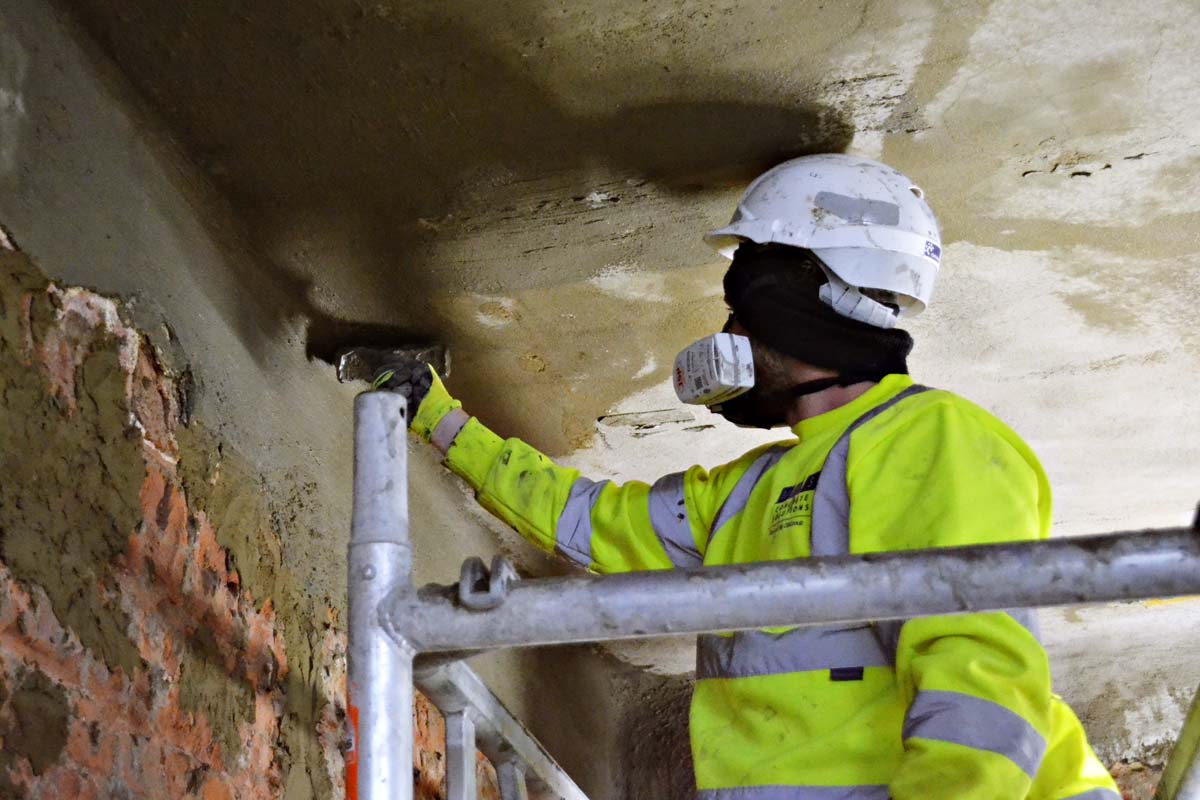 No Time to Spare

A few years ago, rumours circulated that Microsoft was planning a bricks and mortar store in London, the very first of its kind. Details emerged that the new store would be on Oxford street, with a level below ground, but no further update was issued for quite some time.

Behind the scenes, Microsoft was reaching out to PUDLO and MPS after the initial contract was taken away from a previous supplier.

With no time to waste, the minds behind Project George needed a quality waterproofing system that could be fitted quickly, efficiently, and in line with the strict compliance standards of the surrounding area.

Due to the depth of the underground basement, Project George required specialist waterproofing. Other factors to consider were the fact that the area would be storing a large number of electronics and featured 3m-deep light wells from the surface above.

Rising to the Challenge

Due to the complexity of the project and the previously publicised delays, developers were concerned that it simply couldn’t be finished on time. Our team was keen to put those fears to rest, reassuring them that not only could we supply the perfect products, but also install them in a much tighter timeframe than anticipated.

Our unique cavity drain systems work with water, rather than trying to eradicate it entirely. It’s flexible, suiting almost any internal wall application.

The dimpled membrane is attached to the wall, preventing water from passing through it, but allowing it to run down the internal side. This water run-off is dripped into channels which are fed directly to a sump-and-pump system after which the water is pumped out of the basement.

As for PUDLO Render Seal, this post-applied cementitious surface waterproofing system is ideal for masonry and concrete structures. It is easily be brushed onto the substrate and into all hard-to-reach areas. Being simple and quick to apply, PUDLO Render Seal was critical in ensuring the project ran to time.

By employing our specialist products, we saved Project George a total of three weeks on its schedule, where competitors had quoted over eight weeks. We installed around 140m2 of cavity drain membrane a day – saving both time and money on this project.

This system in particular ensured water was drawn away without damaging the wall or allowing for any permeation into the internal store. Best of all, visitors can’t even tell it’s there, allowing Microsoft to focus on crafting the best possible experience for its customers. 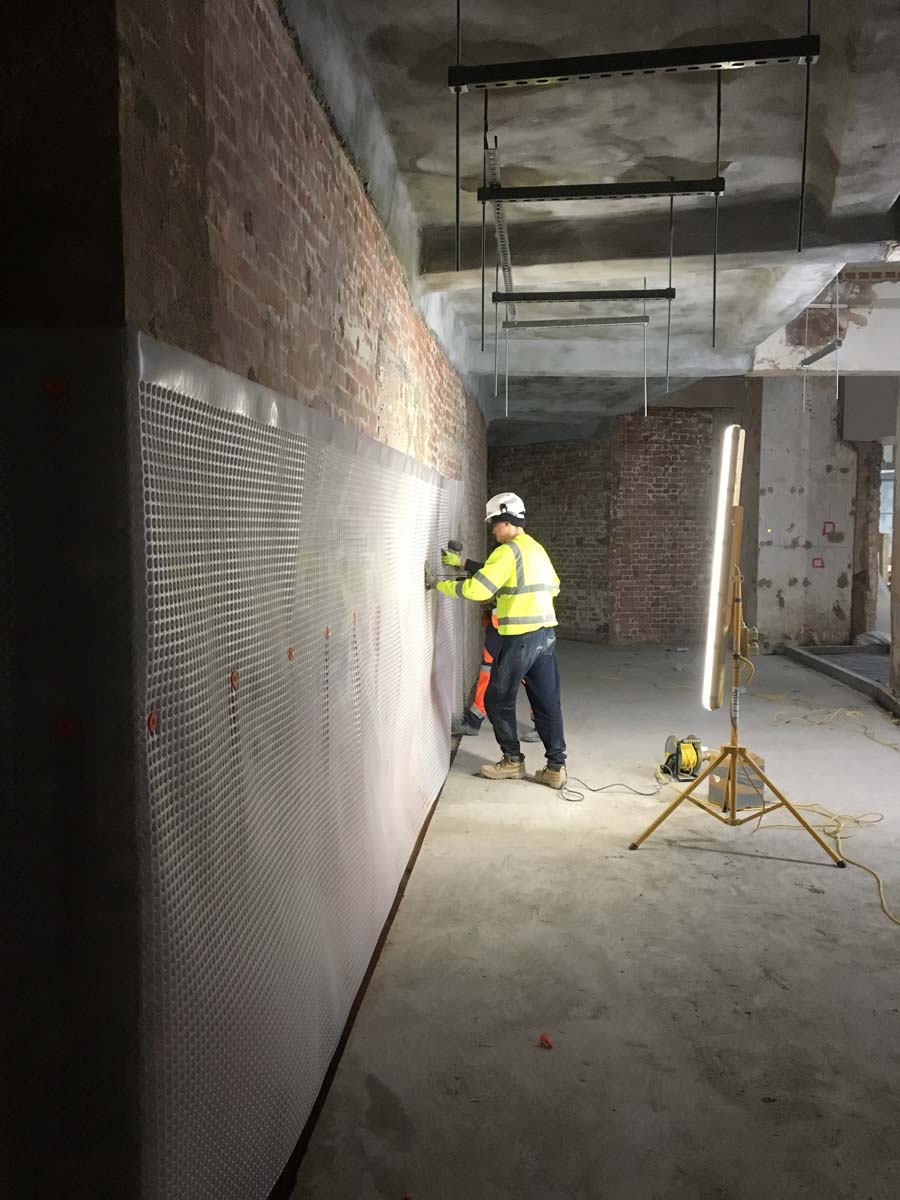 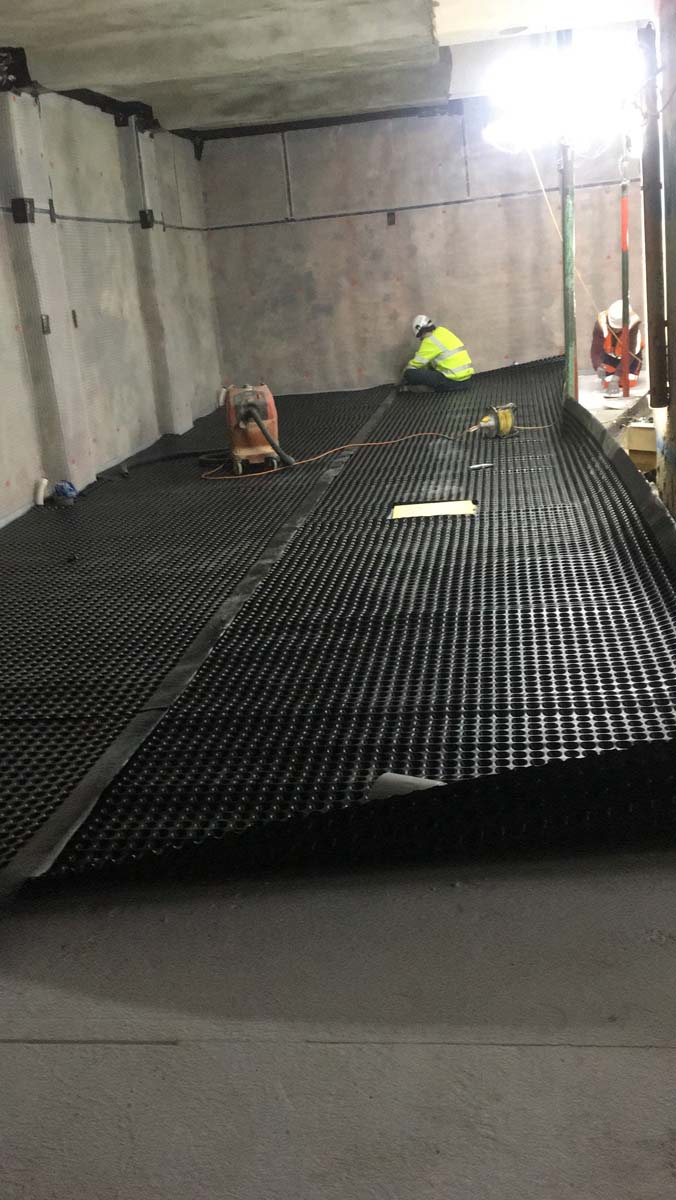