In early 2017, Cemfree ultra-low carbon concrete, part of David Ball Group Ltd, began a journey with Oxford-based sustainable house builder, Greencore Construction Ltd. Greencore’s ethos was founded on its ambition towards ‘building a low carbon future’, with owner Ian Pritchett and project manager Piers Ashley-Carter ensuring the work they do today consistently embodies this aspiration. Sustainable construction is at the heart of what Greencore does, but delivering a truly sustainable home always presented one obstacle – the concrete in the foundations and slabs that these bespoke properties were being constructed on – as they remained the only elements of the construction heavily saturated with embodied carbon. 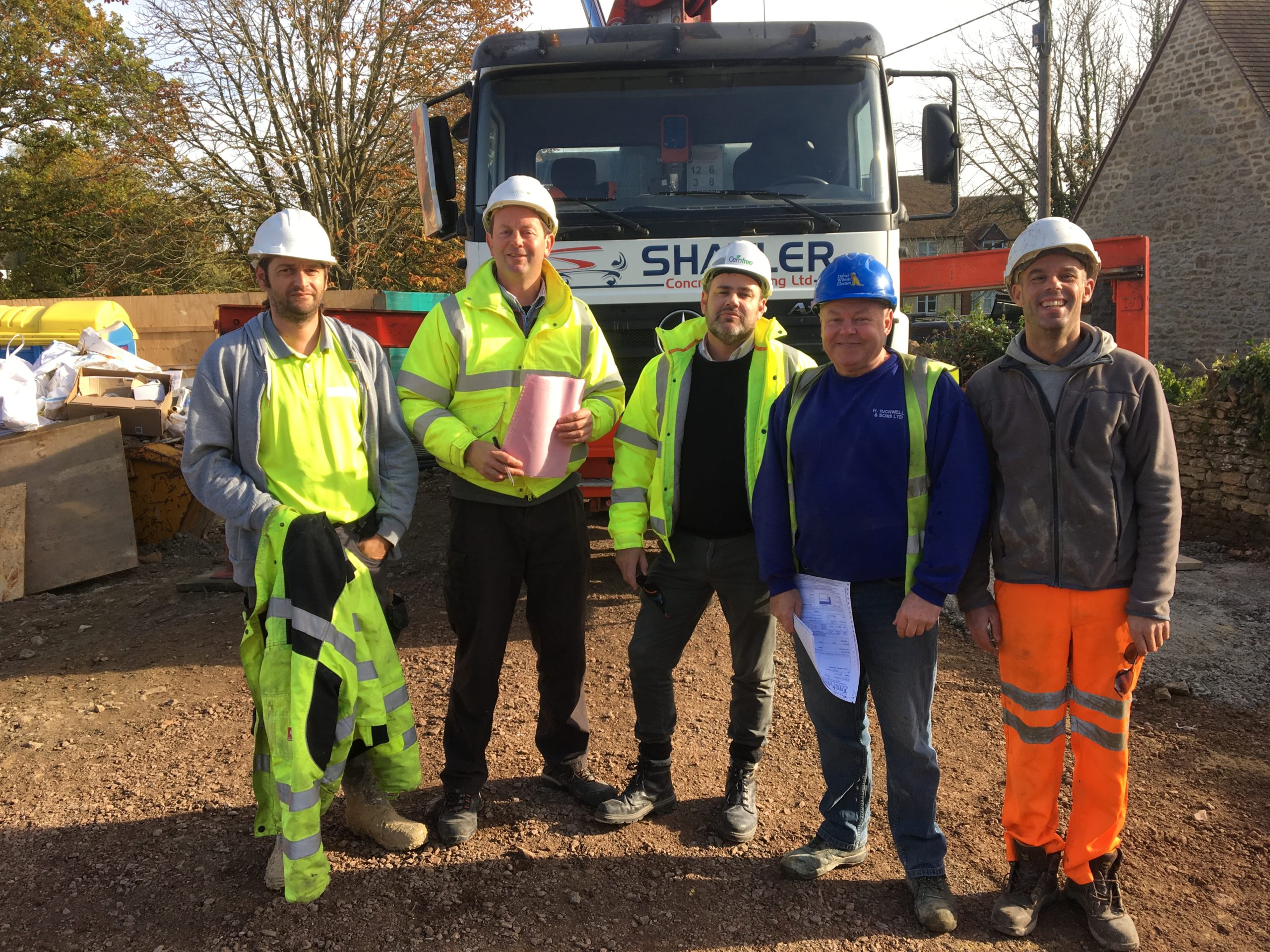 In early May 2017, discussions began between Cemfree and Greencore with a view to supply Cemfree concrete to a bespoke project in the village of Marcham just outside Oxford. The site consisted of four dwellings, each designed and built to Greencore’s meticulous specification with regards to low carbon and energy reduction, employing the latest innovative materials and construction techniques. Cemfree was considered as a realistic solution to the age-old problem of embodied carbon, which previously could not be overcome on Greencore’s newbuild projects.

By the end of May, it had been determined that a “raft slab” construction was to be utilised. The programme was such that the concrete would be required in approximately three months’ time, allowing Cemfree to identify and engage with the local readymix contractors in the Oxford area. Local independent supplier, H. Tuckwell & Sons Ltd, based at Abingdon, was approached and material samples were taken for evaluation, allowing for the creation of a mix to meet the design requirements of Greencore’s project.

By late August, the Cemfree team had been informed that H. Tuckwell & Sons Ltd would be supplying the concrete for this new development, so they headed to Oxfordshire to conduct full-scale batching plant trials. These trials allowed H. Tuckwell to become familiar with the material they were to produce, meaning they were happy with Cemfree and confident when the time came to batch the concrete.

Plant trials took place through September into early October with the actual pour taking place at the end of October. H. Tuckwell & Sons Ltd successfully produced 18m3 of zero cement, ultra-low carbon concrete, pumped into position by Shayler Concrete Pumping Ltd, with minimal effort required in both the placing and finishing of the material. The original design called for a C25/30 pump grade concrete, which would have produced almost 3 tonnes of CO2. Substituting this for Cemfree saved more than 2 tonnes of CO2 – a saving of over 60% for this project.

All parties involved in this project agreed that it had been a great success, with several of the on-site workers observing that there was no noticeable difference between placing traditional concrete and placing Cemfree. Greencore is now considering Cemfree as a permanent inclusion into its future sustainable builds. 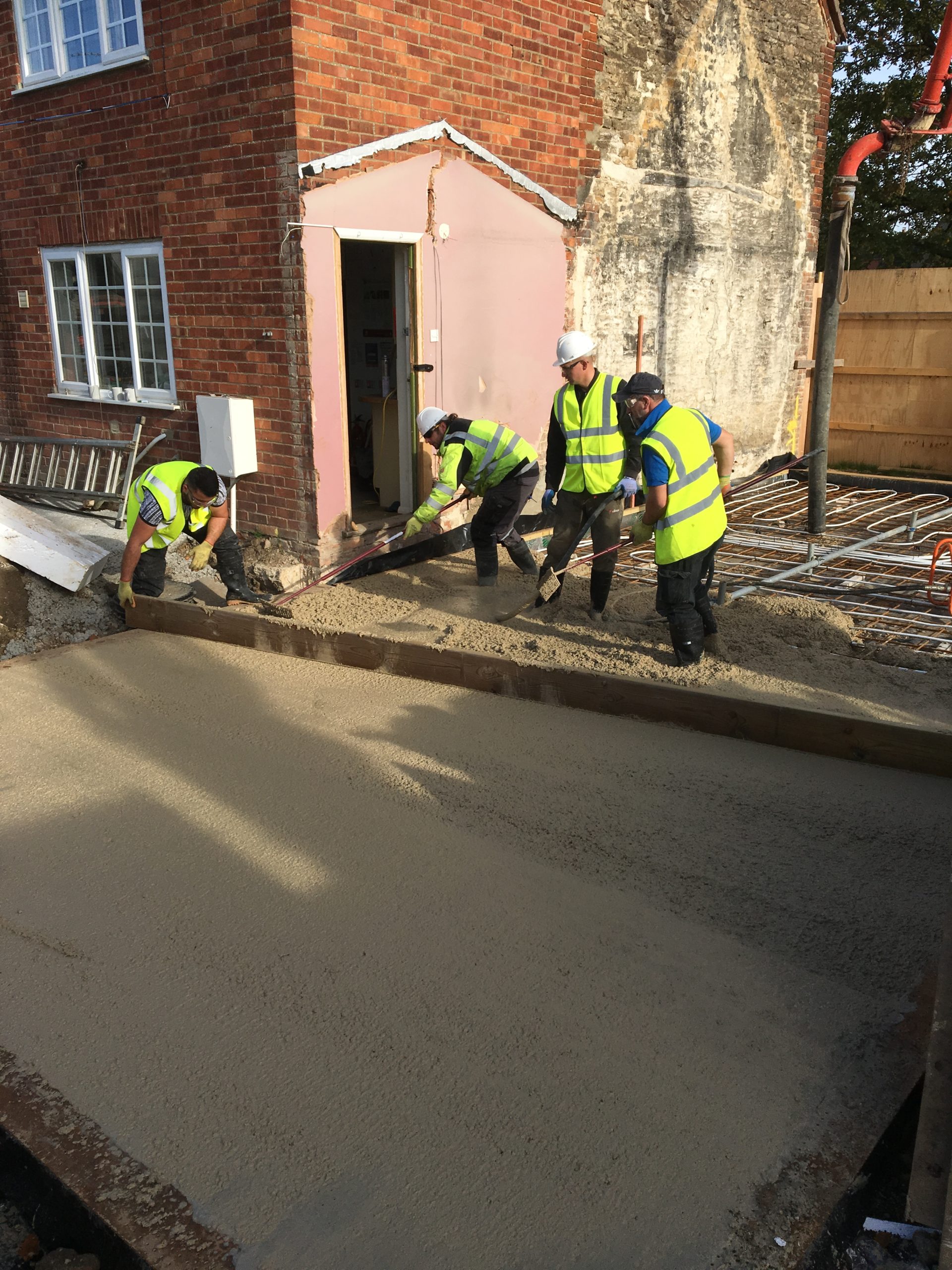 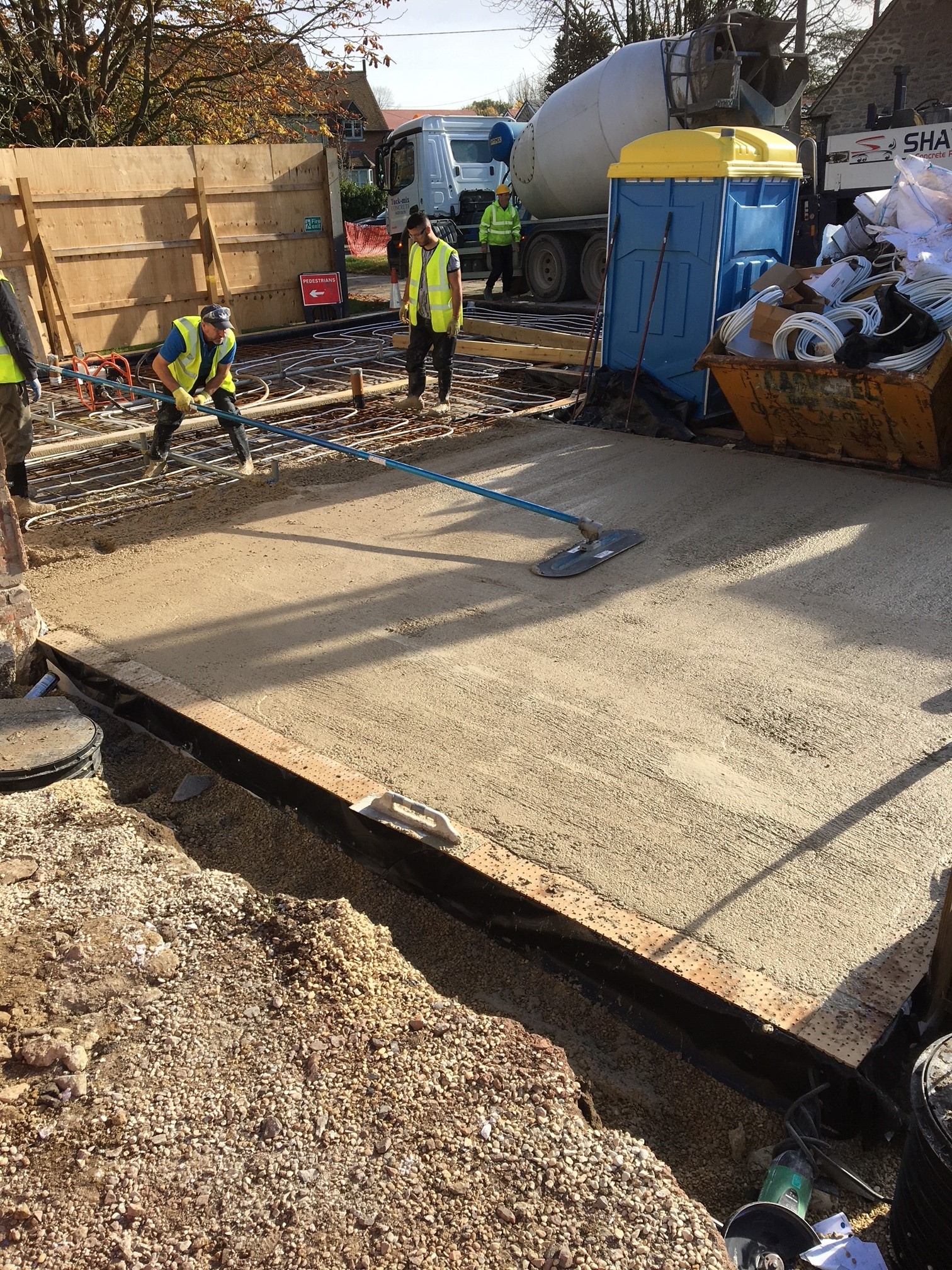