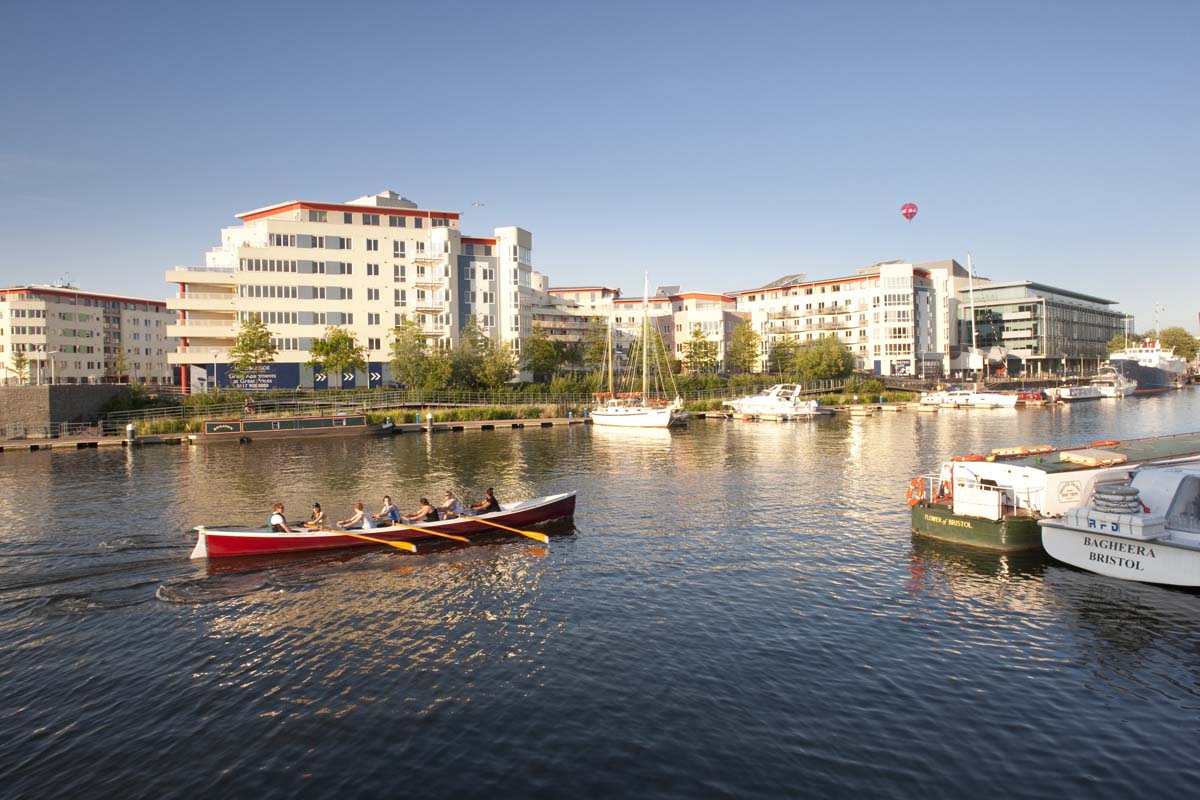 Crest Nicholson’s Bristol Harbourside community sits on the formerly derelict Canon’s Marsh dock area of the city. Regeneration began in 2005 with Foundation Developments Ltd carrying out the construction work to transform this site into a mixed-use space that encourages people not only to live here but to come from all corners of the city to enjoy the attractions of this thriving new neighbourhood.

Local people and businesses were encouraged to give their input into the design of Bristol Harbourside from the early stages with a program of workshops in which the opinions of the public could be heard and incorporated into the plans. The main concept behind the masterplan was to create a busy community where people can live, work and relax. As well as becoming a draw for Bristolians, the developers wanted to attract tourists to the area. Being located in the heart of the city meant a crucial box was already ticked for bringing visitors to Bristol Harbourside, but a series of waterside walkways, shops, bars and restaurants, all a stone’s throw from the cathedral and ss Great Britain, back it up as a great place for tourists to while away the hours in this fabulous city.

The 16 acre development consists of nearly 600 affordable new homes and PUDLO waterproof concrete was used for two of the new residential buildings – Invicta and Canon’s Gate. Invicta was named after Bristol’s twin city of Porto in Portugal, also known as Cidade Invicta or the Unvanquished City. This five storey building provides its 170 apartments with sublime views over the water, taking in ss Great Britain and the Millennium Promenade walkway.

Canon’s Gate was the final building to be completed at Bristol Harbourside. This seven storey block contains 100 apartments and benefits from a communal courtyard garden and an abundance of natural light thanks to its unique U-shaped design. The Bristol Harbourside development was completed with over 1,100m3 of PUDLO concrete being used in the basement car parks and lift pits of Invicta and Canon’s Gate to ensure maximum protection against water ingress for this flourishing community situated on the city’s former docklands.