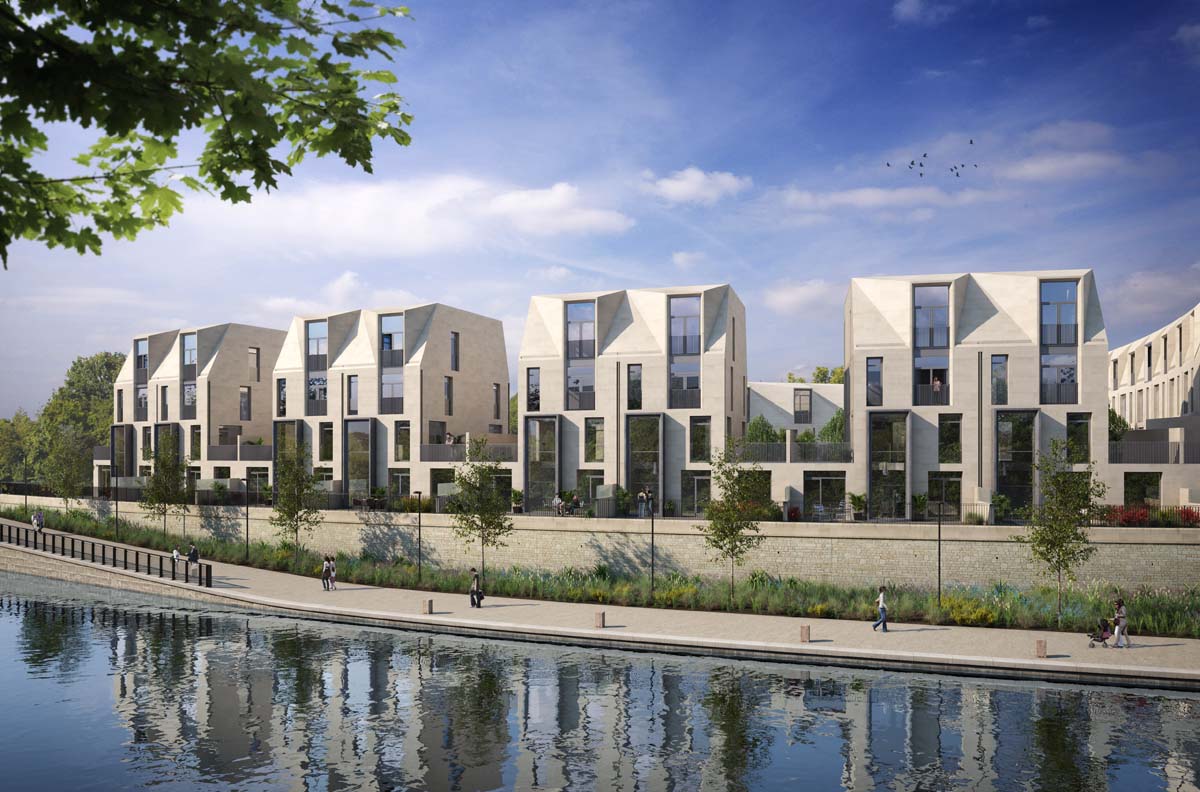 With its Roman past, healing hot springs and beautiful architecture, the city of Bath has always been a highly sought after part of the country to live in. Now Crest Nicholson has added to the in demand housing stock with the 2,000 home Bath Western Riverside development. The land for this exciting scheme hadbeen left derelict for more than 25 years, so util isation of this 44 acre site was pleasing news for local residents. Bath Western Riverside has been hailed as one of the most importantregeneration projects in the UK and is such a large undertaking that work is set to continue into the 2020s until it is fully complete.

Set alongside the River Avon, this mixed use development includes restaurants, shops, parks and public areas, as well as its new residential quarter. Within this quarter a sensory garden, fruit trees, contemplation area and play zones have been put into place. A desire to create a community hub, and attract members of the public who do not live within the development, prompted the developers to include a riverside walk along the Avon in their plans; a welcome addition to this area of the city that previously remained underused.

A Tribute to the Past

Crest Nicholson purchased the site in 2006 and started work to transform it in 2011. Previously a gasworks and engineering works, the land was occupied by British engineering company Stothert & Pitt which specialised in producing cranes. One of these 25-tonne steam cranes, which has been lovingly restored, now sits at the entrance of Bath Western Riverside, and the main thoroughfare through the development has been named Stothert Avenue in honour of the site’s industrial heritage. In its heyday Stothert & Pitt was a huge local employer and Crest Nicholson have echoed this by providing work for apprentices studying at the City of Bath College; an admirable initiative that provides vital onsite experience for those about to embark on new careers in the construction industry.

A new community like Bath Western Riverside is a major enhancement to a city, delivering high quality housing and recreational areas to those who live there. PUDLO is proud to have been a part of this plan, providing the waterproof concrete for the floor slabs and lift pits, ensuring they remain dry for the residents of this picturesque riverside neighbourhood. 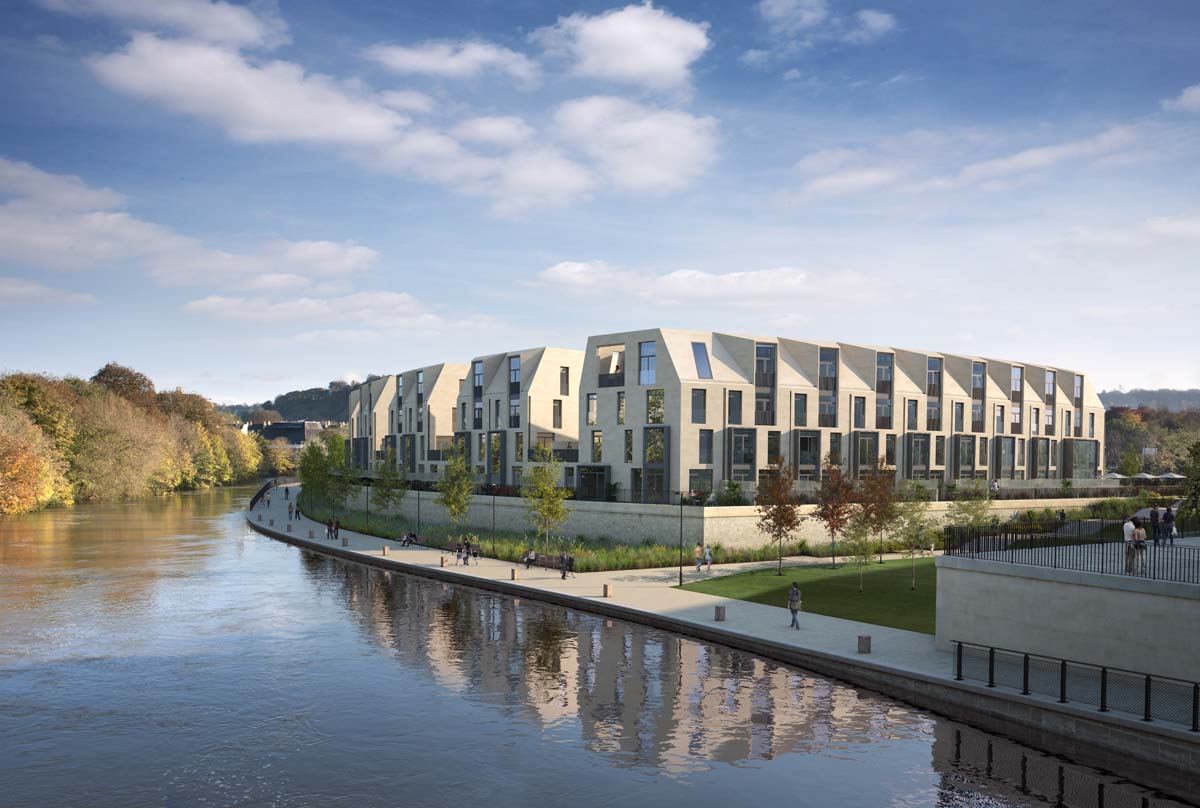 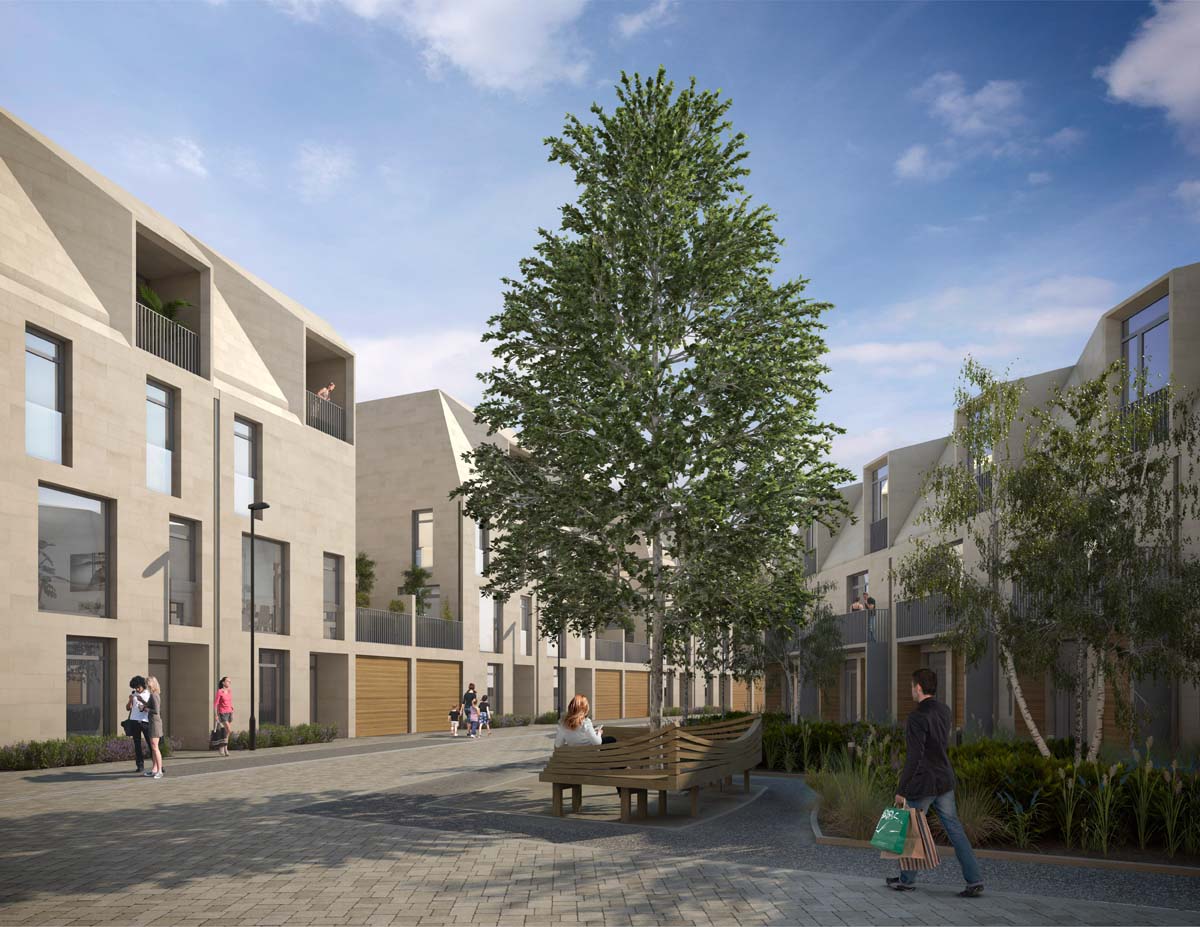