Fourteen years ago, the Baltic Triangle was about to be written off as a red-light district. Now it’s one of Britain’s hippest destinations and growing day by day. How did it happen? And how did it survive its regeneration?

The Baltic Hotel was developed by Living Brick as part of a longer-term plan to completely reinvigorate the hospitality sector in Liverpool. Living Brick works with leading edge architects and skilled craftsmen to produce hotels and serviced apartments that set new standards of luxury and service and are a benchmark for the hospitality sector in Liverpool.

Life as a hip hangout is just the latest twist in the Baltic’s long story. The area’s name comes from its Northern European links. Its streets became home to the timber trade, with firms importing wood from Baltic countries including Sweden and Poland.

Early 20th century pictures show an unrecognisable Baltic, packed with warehouses and terracing. Then bombing and post-war clearances started to drain the life out of the area. Even in the 70s and 80s there were still shops and pubs on the main arteries, Park Road, and St James Street.

But by the 90s the main roads had been largely cleared and the Jamaica Street area was left with old crumbling warehouses and newer ‘crinkly sheds’ for the local light industry.

These days, the Baltic Hotel sits within a beautiful turn of the century building at the most visible junction to Liverpool’s newly emerging creative hub.

Studio RBA were the architects and were tasked with retaining the stunning pilaster entrance and crittal windows aligning them to a contemporary rooftop extension.

The location, on a main arterial route, affords open aspects and the hotel maximum exposure with associated footfall near the gateway to the Baltic district.

The Baltic Triangle is now one of the most buzzing areas in the UK, not just Liverpool, and a widely praised piece of urban regeneration attracting millions of visitors every year and hosting thousands of jobs. Every Friday night at Cain’s Brewery is like a festival.

Type B and Type C waterproofing measures were put in place for a basement that was dug under the old building.

This took the form of PUDLO’s Surestop BWB on all stop ends on the walls, slab and lift pit base, and PUDLO’s waterproof additive being added to all concrete mixes as well as a Type-C cavity drain system being installed.

A lift pit base was integrated into the slab so the base as well as the lift pit walls were PUDLO protected. This included the first layer of walls leading up to the ground floor being applied with waterproof PUDLO cement.

Once completed, the basement will be a nightclub with the bottom floor taken up with rooms.

And the ultimate mark of success?  The Project Owner said on completion of our work, “Get that PUDLO lot down for a few drinks on us when finished!” 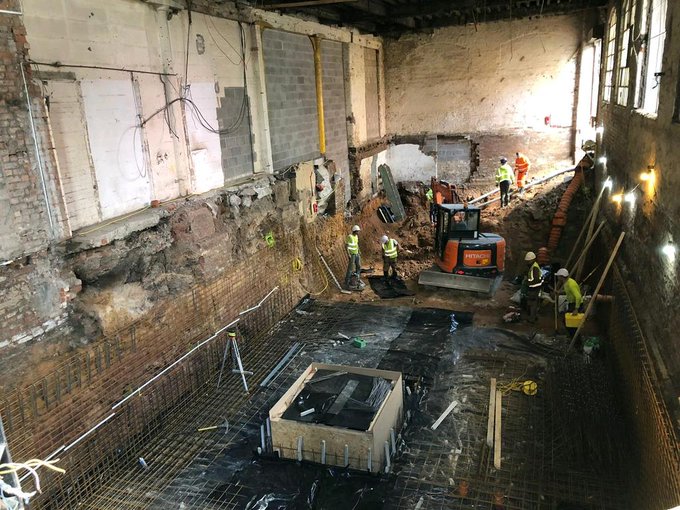 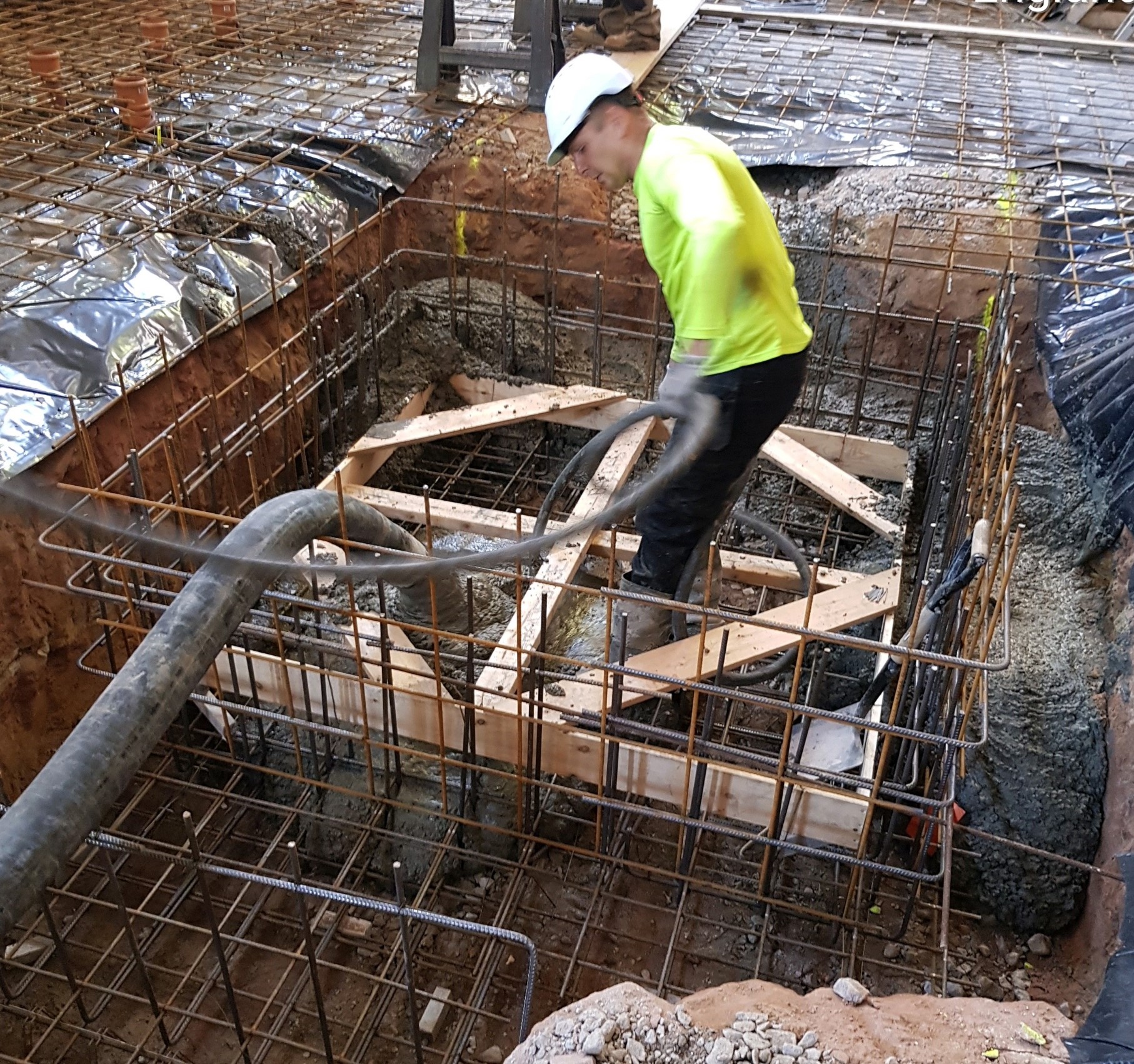 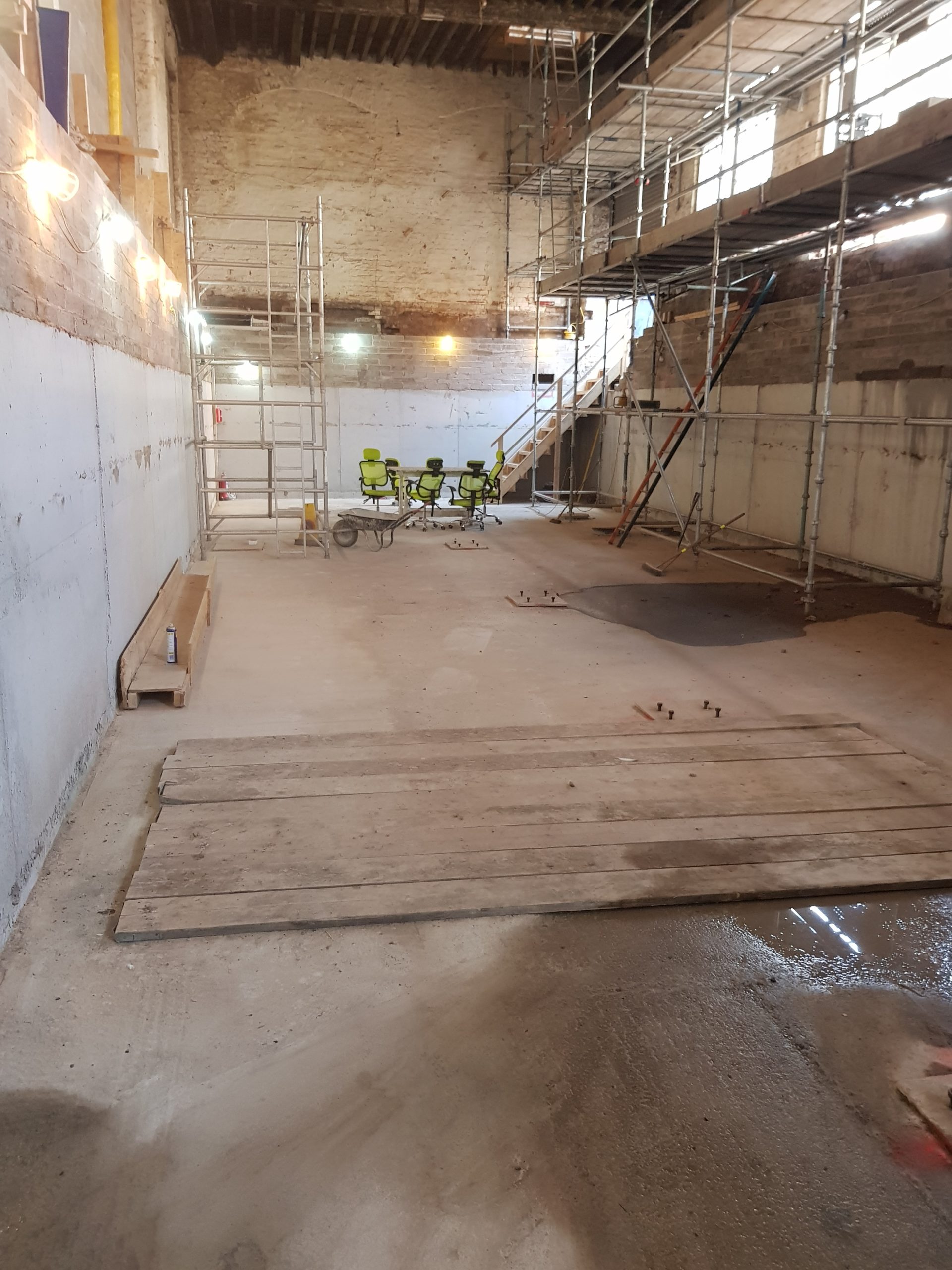 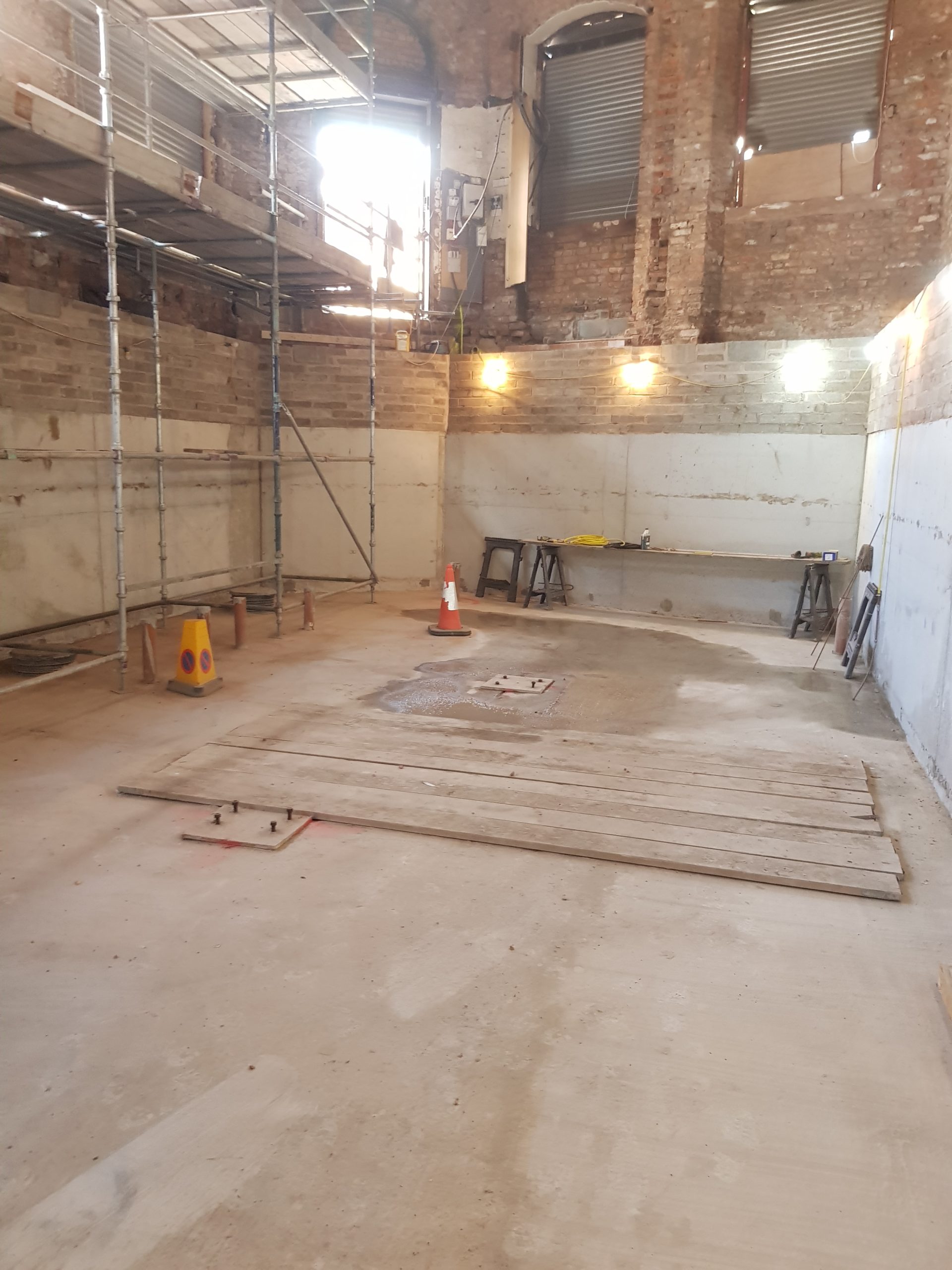