The £1.5bn A14 Cambridge to Huntingdon improvement scheme ran from Nov 2016 until May 2020. Materials Engineer for the A14 Delivery Integrated Delivery Team, Highways England, Donald McDougall, was approached by Mick George and DB Group (manufacturer of Cemfree) to explore the viability of using this innovative low-carbon cementitious material for various applications on this major roadway project. 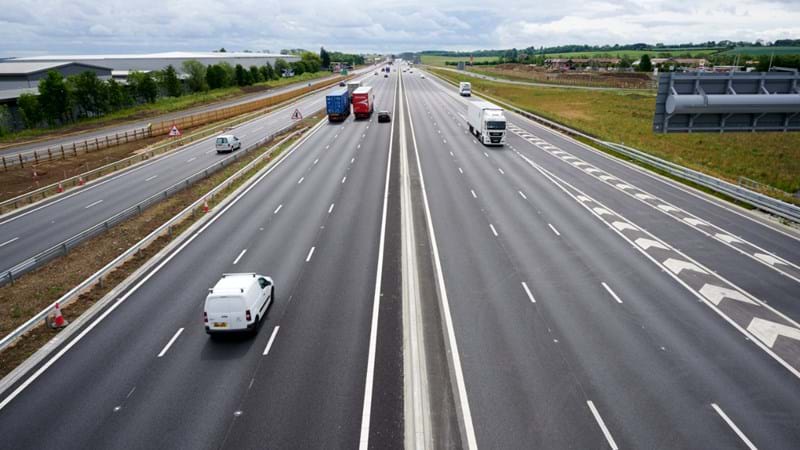 The aim was to trial a low-carbon material to assess its performance – slump, flow, and placement, its strength gain profile and its ultimate strength gain performance, as well as measure how much CO2 would be saved against the practicality of using a new kind of material within a large-scale road construction project wherever possible. The long-term performance of Cemfree would also be monitored for future reference. As Cemfree contains no ordinary Portland cement (OPC), up to 80% of CO2 emissions could typically be saved on such a project.

The intention was to trial up to 100m3 of Cemfree concrete in varying applications where the risk of concrete requiring replacement through structural or physical failure was deemed low e.g. in ancillary concrete for kerbing, drainage, low strength infills, lightly used pavements, and minor structures with little risk of structural failure or cost of replacement. After stakeholder discussion, the trial was limited to kerbing concrete and a pipe headwall.

The batching procedure was modified slightly as a different admixture would be used as no retardation is needed with Cemfree. Trials were done to check that this process would work with the concrete batched in one location, transported for 30-90 mins (traffic dependant) to a second location for pouring into blocks of 1-1.5m3. This was repeated to give the plant operators and technical staff a feel for the mixes and how the concrete reacted to placing and finishing. Cemfree’s long open life meant that more concrete could be delivered at once for kerbing, reducing vehicle movements, impact on traffic and air quality.

The concrete specified for this pour was a C40/50 at S3 consistency due to the ground conditions’ specification and in view of the actual retained height. It was agreed that a nominal C30 concrete would satisfy structural requirements. On arrival, the concrete was tested for slump (160 mm) and air content (5.1%) and was poured using a skip – there were no adverse comments from the operators carrying out the work. They reported that the material behaved in the same way as ‘normal’ concrete during placing, but that it was slightly more difficult to get a good finish on the floated surface of the concrete.

Slump-testing over time showed a steady decline in slump from an initial 160 mm to 20 mm at 3 hours. It was noted that the concrete, even at a slump of 20mm, still appeared to be thoroughly workable.

As the weather was cold but above freezing, there were concerns that the concrete would not be strong enough to strip at 24 hours. Cube strengths of around 2.5 N/mm2 (cured at 20oC) confirmed this and the concrete was left until the following day. The concrete was stripped between 48 hours-50 hours old, with no damage to face or edges of the concrete.

The first mix delivered was ‘wetter’ than the kerbing crew were used to but became more solid at rest. The mix design was adjusted for the second load which showed some ‘balling’. When broken open, the balls proved to be well mixed material rather than the dry balls of aggregate/cementitious binder usually found in very wet mixes from dry batch plants. It has been conjectured that these are formed by the wet/nearly dry material being turned over in the truck mixer drum and not being broken up by the mixer blades inside. The mix was used both to bed kerbs and back the kerbs. The kerb-layer’s comments were that it was possible to use the material, though it was slightly harder to move around with shovels but using slightly different methods of work could be used successfully.

A big thumbs up

The trial showed that production of Cemfree-based ready mixed concrete is indeed practical using existing plant, and that the material largely behaves in a similar fashion to OPC concrete. There are some differences in its characteristics observed in the applications, discussed in the full report, none of which were insurmountable given sufficient planning (see testimonial overleaf).

Cemfree was used without having to develop different procedures or use alternative equipment so there were no additional set-up costs. The strength gain performance during the trials of the higher binder content also proved positive. Although the trial was not completed due to the pandemic, the overall conclusion was that Cemfree concrete could practically be considered an alternative to OPC concrete for specific applications.

“From the outset, it was a priority for the A14 Project to find the latest technology to minimise our impact on the environment and maximise sustainability. With the approval of Highways England, we set up a series of trials to see how easy it would be to produce and use Cemfree.

As we were far along with the project already, we only managed to complete a few trials, but were mostly successful and they provided us with valuable data. It was made considerably easier by the professional support given by both the technical and commercial sides of DB Group.

We found Cemfree to be a quick and easy substitute for existing cements in lower strength concretes, with a massive reduction in carbon footprint. Using Cemfree proved that, with a few adjustments, it can be practical to use lower carbon products such as these in applications of this kind.” 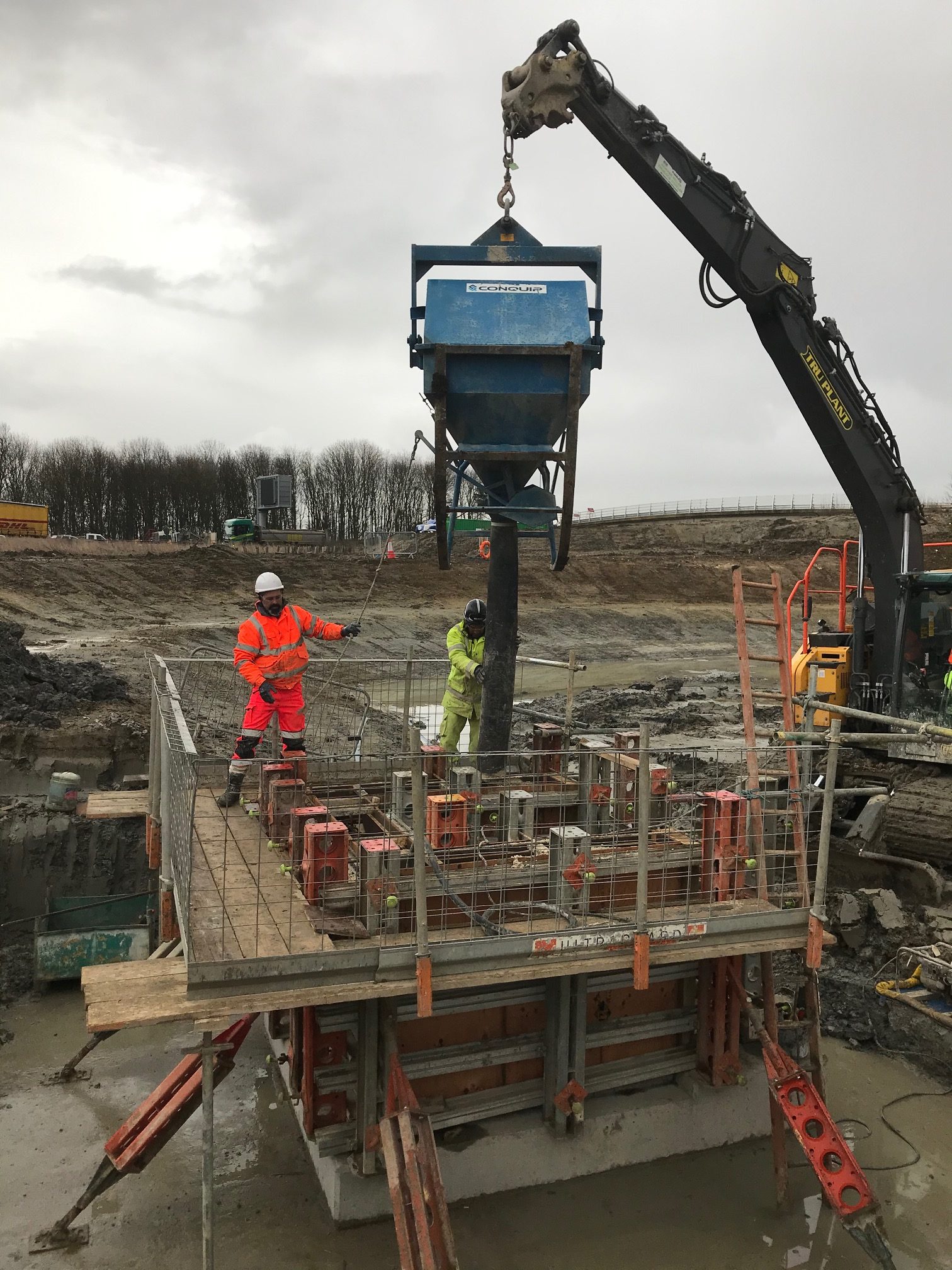 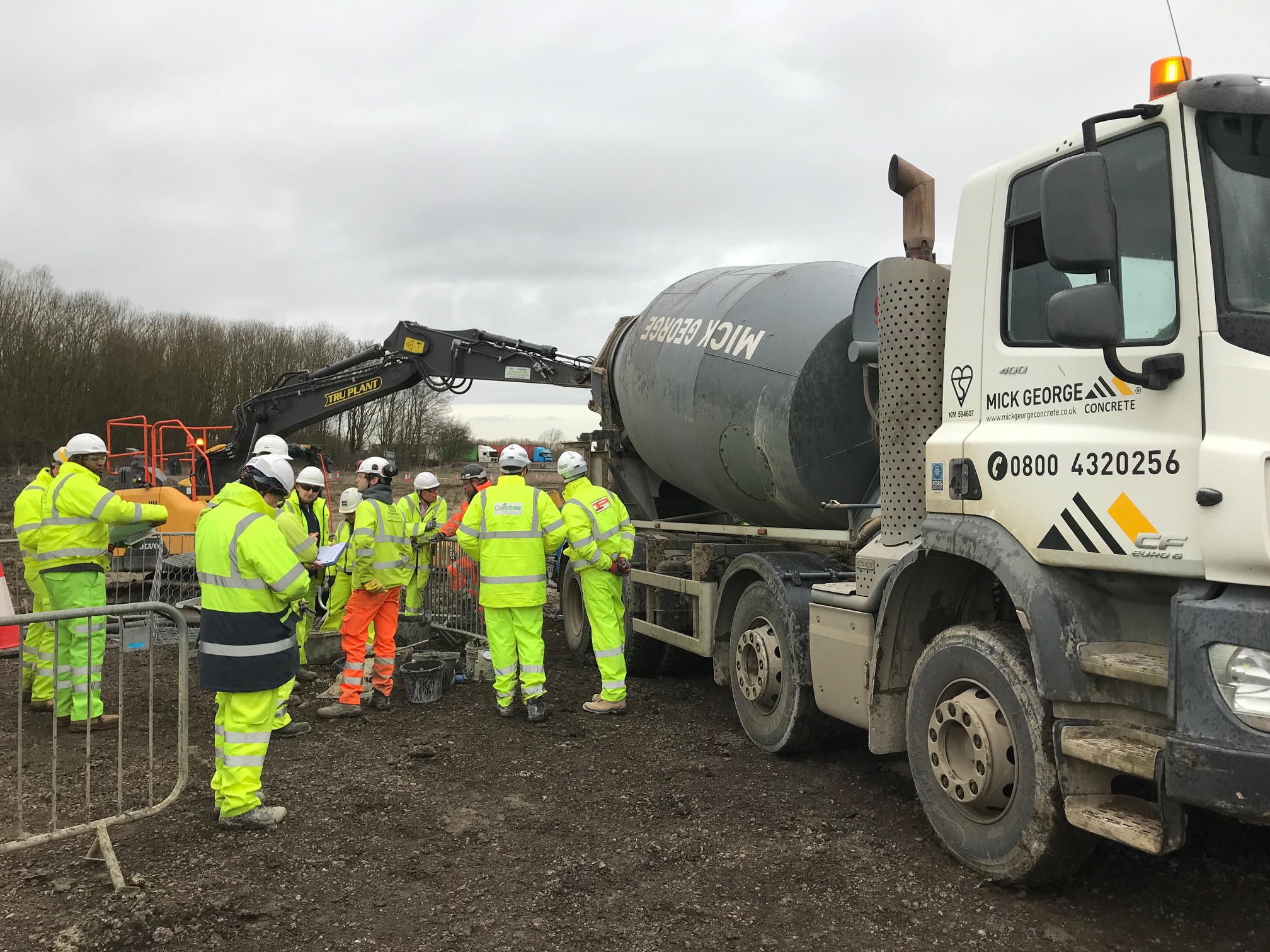 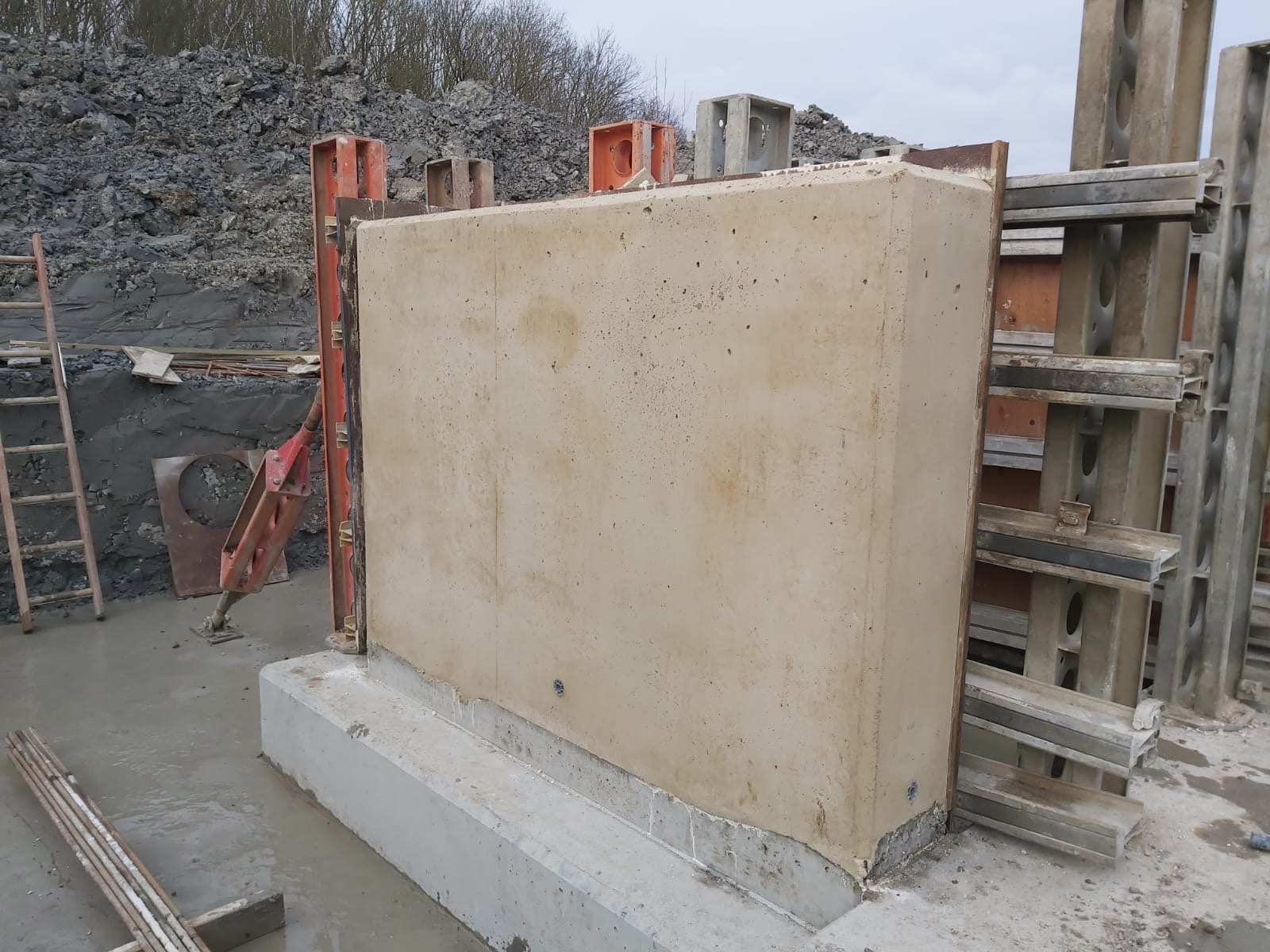