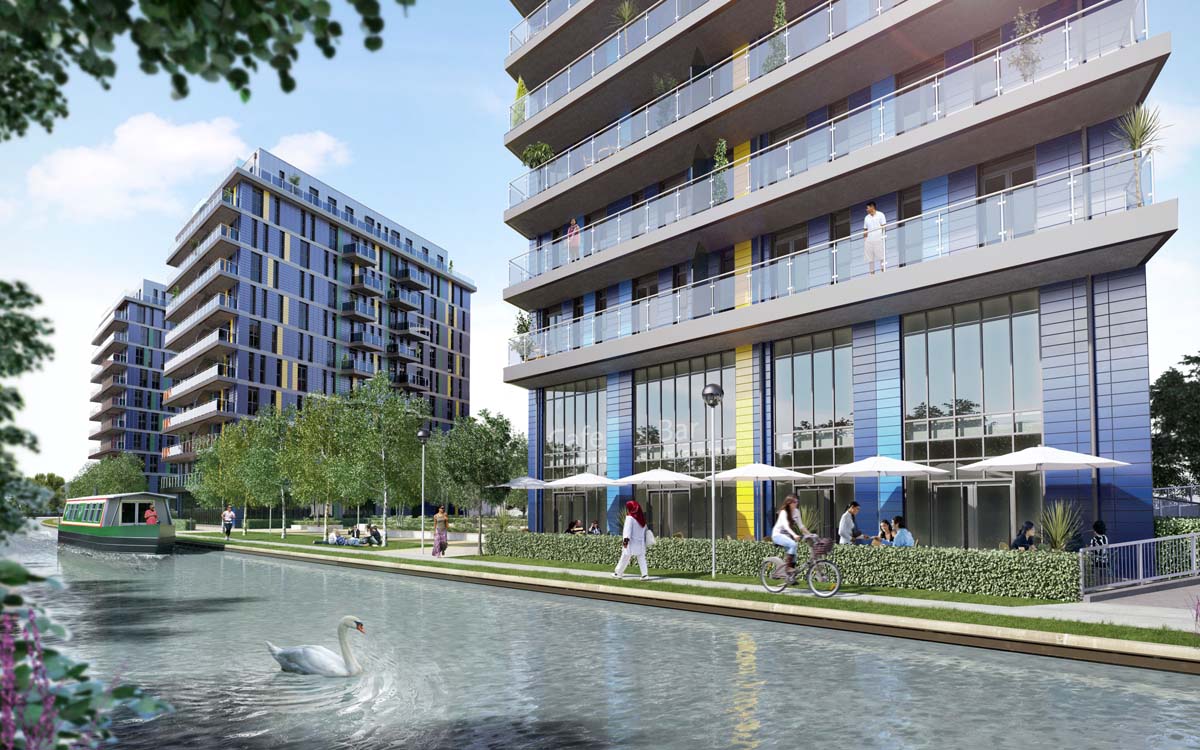 243 Ealing Road is part of an initiative by Brent Council to transform this part of Alperton in north-west London into a new community hub with 440 new homes, a new school, shops and business premises. Nestled beside the Grand Union Canal, with excellent links to central London via the Piccadilly Line, this development of contemporary apartments was named as the winner in the Best First-Time Buy category at the London Evening Standard New Homes Awards.

In the 12th century, Alperton was a tiny farming hamlet, consisting of just a few buildings alongside the river Brent. It remained this way until the construction of the Grand Union Canal in the 1800s which changed the face of Alperton forever, providing a much-needed new transport link for the area, leading to the emergence of various industries locally. This, in turn, spurred on further infrastructure development in the form of Alperton railway station, which opened in 1903.

By the middle of the 20th century, Alperton had grown significantly and had lost most of its industrial roots to make way for residential dwellings, but the canal remained at the heart of the district, as it still does. Today, 230 metres of the canal runs alongside this new scheme, which has been built with the waterway in mind, and provides residents with an attractive place to walk, cycle and relax.

The development consists of seven residential structures – a 14-storey tower and six lower-rise buildings all connected by communal gardens. All apartments feature a balcony, patio or terrace, many of which provide sweeping views over the city and canal below. 243 Ealing Road has transformed an unused brownfield site into a welcoming and sustainable residential development that helps to meet the need for local housing.

Sustainability was a vital consideration in the design of this development. Green roofs were installed to encourage biodiversity, there are facilities for charging electric cars, solar panels are in place on many of the buildings and the individual homes and communal areas are equipped with energy efficient lighting.

PUDLO waterproof concrete was used in the underground car park and podium deck to ensure both remain free from water ingress. The huge underground car park spans the entire footprint of the development, providing spaces for the residents of this new scheme. The PUDLO podium deck sits above the car park and accommodates the landscaped gardens and walkways that make 243 Ealing Road such an attractive place to live. 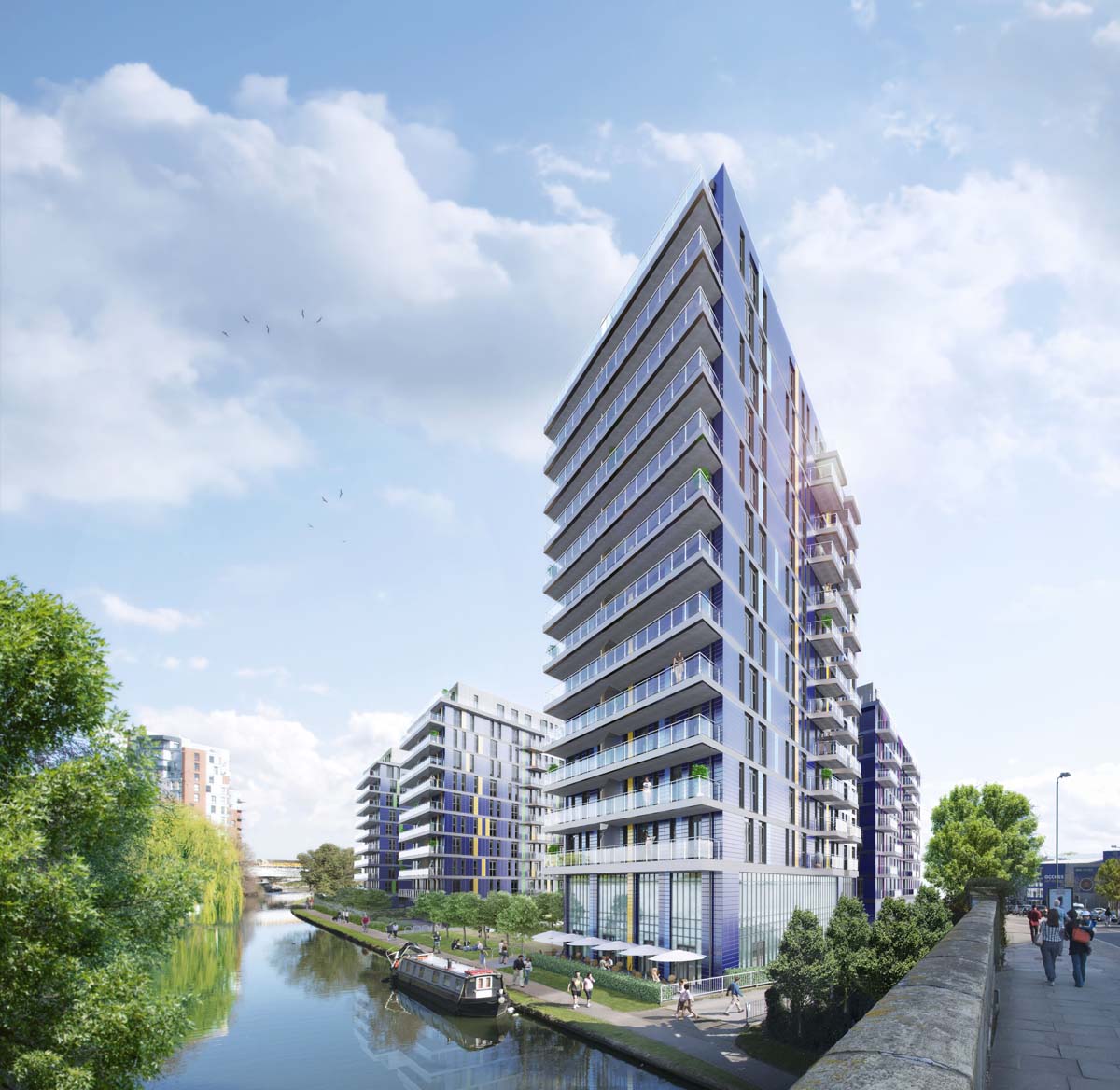 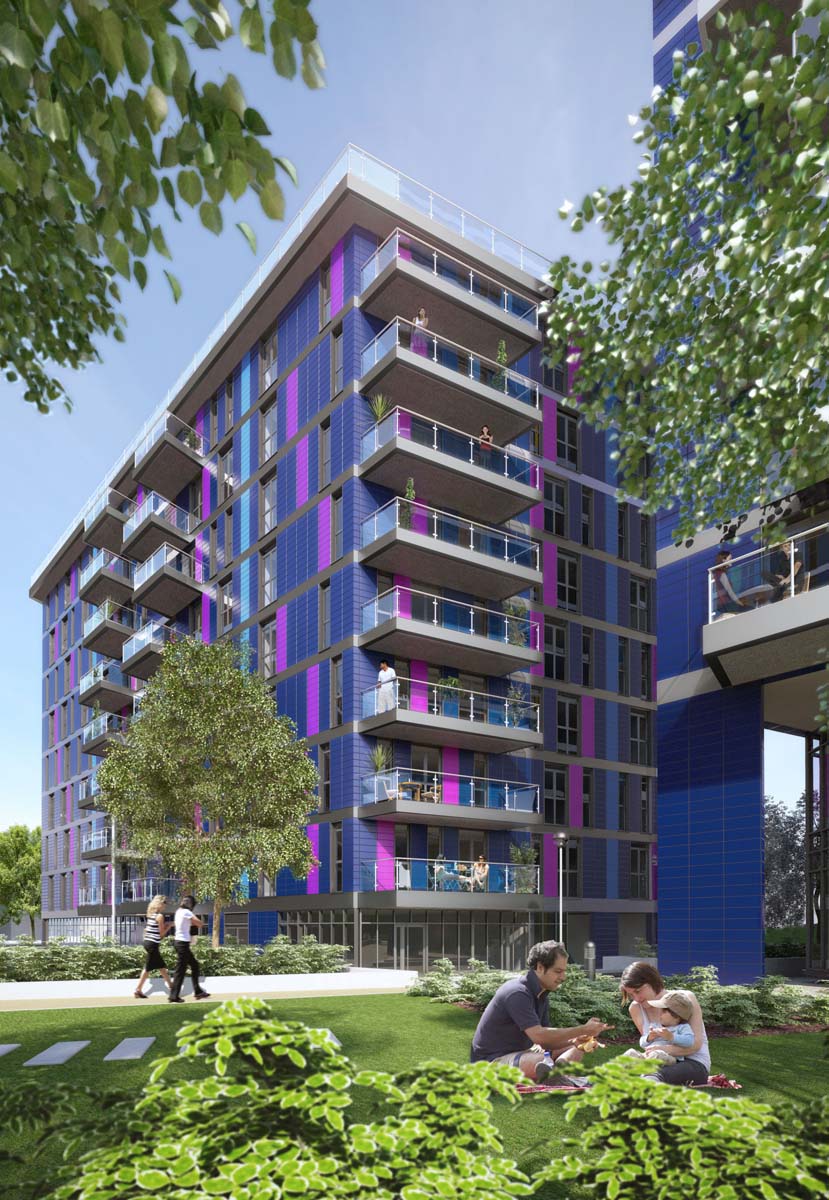